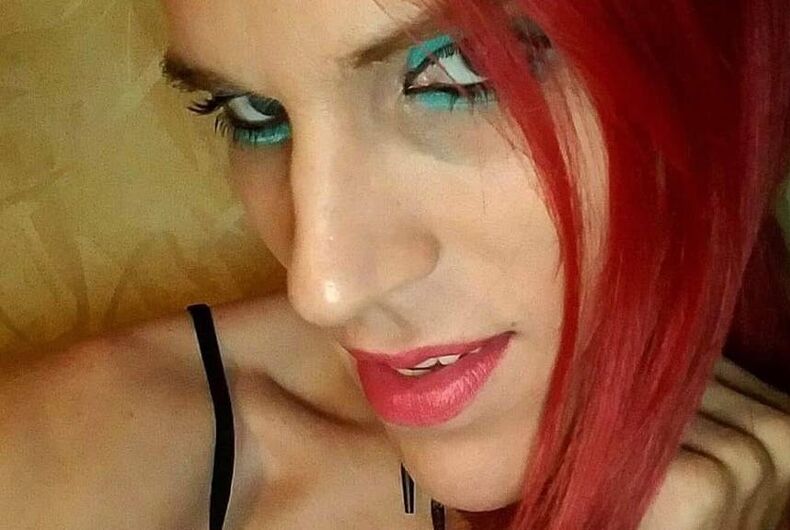 In a surprising win, Aria DiMezzo has won the GOP primary race in Cheshire County, New Hampshire. DiMezzo describes herself as a “transsexual Satanist anarchist” and ran with the campaign slogan “Fuck the police.”

Now as backlash to her win builds, she’s castigating voters for picking her in the first place without doing any research about the candidate they were voting for.

DiMezzo, originally celebrated her win, telling Free Keene, “It is with great joy that I receive this nomination from the Republicans of Cheshire County, who, in an era of Donald Trump, showed their tolerance and dedication to the principles of small-government by nominating the trans anarchic High Priestess of the Reformed Satanic Church to be sheriff.”

Sarcasm aside, DiMezzo pointed out the local and state parties did not support her candidacy.

“I can’t imagine they’re happy about this,” she said.

Shortly after news broke on FOX News that she had won, DiMezzo’s Mitsubishi convertible was vandalized. The perps slashed the car’s tires and cloth top; they also drew a giant penis on the side of the car and wrote “FAG” inside of the graffiti.

They also stole her “Fuck ’em Both” presidential campaign sign that was in her front yard.

Before legally changing her name, DiMezzo ran as a Libertarian in 2018, garnering only 2.3% of the vote in a three-way race.

DiMezzo says her candidacy was a pointed attack on partisanship and the two-party system that forces voters to pick a political party over qualified candidates.

“More than 4,000 people went into the voting booth on September 8 this week, and they all filled in the circle by my name despite knowing absolutely nothing about the person they were nominating to the most powerful law enforcement position in the county,” she wrote.

“The system that let you down by allowing me – the freaking transsexual Satanist anarchist – be your sheriff candidate is the same system I’m attacking. I’m sorry, and I know it hurts to hear, but that system is a lie.”

Incumbent Sheriff Eli Rivera, a Democrat, has repeatedly been accused of police brutality.

Hagrid comes to J.K. Rowling’s defense because trans people are “waiting to be offended”