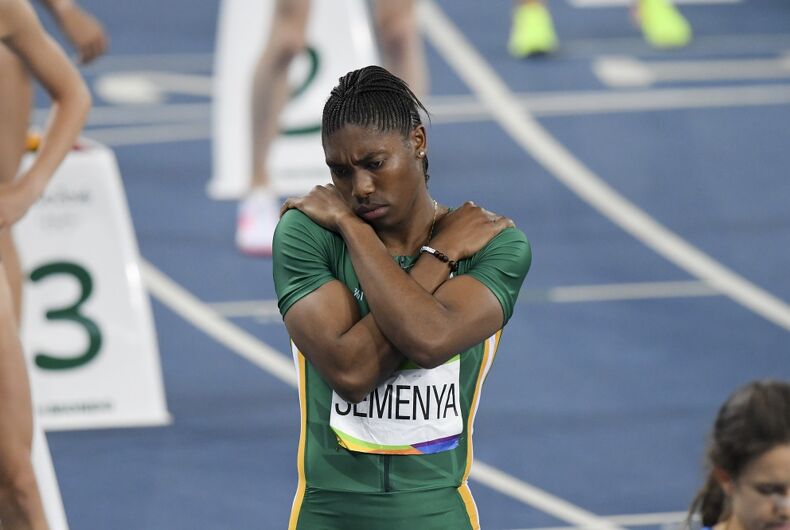 Caster Semenya at the 2016 Olympics in Rio de Janiero. She and the other 800m medalists would later be banned for refusing to take medications to alter their hormones.Photo: Shutterstock

Track athlete Caster Semenya has lost an appeal against a rule that would force her to artificially lower her testosterone levels in order to compete at next year’s Olympic games.

“I am very disappointed,” she said. “I refuse to let World Athletics drug me or stop me from being who I am.”

The South African 29-year-old has been involved in legal fights to participate in women’s sports for years. She is a cisgender woman – she was assigned female at birth and she identifies as a woman – and an intersex condition means that she has high levels of testosterone in her body.

World Athletics, the body that regulates international track and field competitions formerly known as the IAAF, issued a rule in 2019 requiring participants in the women’s 400-meter, 800-meter, and 1500-meter races to have a low level of testosterone in their bodies and to undergo six months of hormone therapy if their natural testosterone levels are high.

Since those are the three races that Semenya competes in, she has speculated that the rule was made just to exclude her.

She challenged the rule to the Court of Arbitration for Sport but lost last year. She then appealed to the Swiss Supreme Court, which temporarily blocked the lower court’s ruling but then upheld it.

Semenya’s lawyers argued that her intersex condition is just one of many genetic variances that athletes can have, and women with other “genetic gifts” aren’t forced into medical treatment to remove them in order to compete.

Semenya won the 800-meter race at the 2012 and 2016 Olympic games but she will not be allowed to defend her title under the current World Athletics rules because she “does not wish to undergo medical intervention to change who she is and how she was born.”

“Excluding female athletes or endangering our health solely because of our natural abilities puts World Athletics on the wrong side of history,” she said.

“I will continue to fight for the human rights of female athletes, both on the track and off the track, until we can all run free the way we were born. I know what is right and will do all I can to protect basic human rights, for young girls everywhere.”

World Athletics welcomed the ruling saying that the organization has “fought for and defended equal rights and opportunities for all women and girls in our sport today and in the future.”

An elementary school gave students gendered facemasks. The kids weren’t having it.