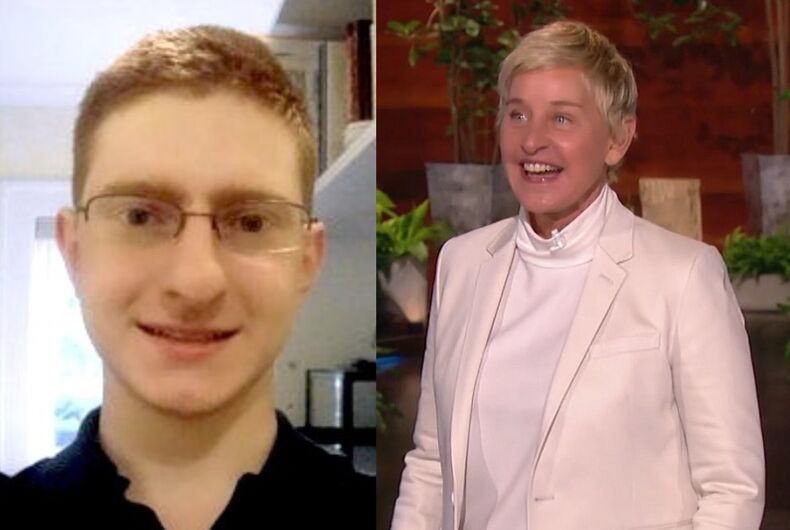 The Ellen DeGeneres Show started its 18th season today, and Ellen addressed the multiple accusations that she runs a “toxic” workplace by bringing up Tyler Clementi, a gay teen whose death by suicide in 2010 shocked the country.

Ellen said that changes were made in the workplace culture at her show as a result of two Buzzfeed News articles published earlier this year where dozens of former staffers accused or confirmed accusations that it’s terrible to work for Ellen because of bad working conditions, racist comments, and rampant sexual harassment.

Related: Tyler Clementi died 8 years ago today & his mom wants to share something with you

While those articles focused on working conditions on the show, Ellen was the subject of numerous articles that said she wasn’t nice, lobbing accusations against her that included being a bully when she was young and making fun of Sofia Vergara’s accent.

Ellen, who had previously been known as the “Queen of Nice,” was not so nice, the many accusations insinuated.

“I became known as the ‘be-kind lady,'” Ellen said. “Here’s how that happened.”

“I started saying ‘Be kind to one another’ after a young man named Tyler Clementi took his own life after being bullied for being gay,” she recounted. “I thought the world needed more kindness.”

But it’s “tricky” to be known for being kind when, she said, “Sometimes I get sad. I get mad. I get anxious. I get frustrated. I get impatient.”

In 2010, 18-year-old Rutgers University student Tyler Clementi’s roommate Dharun Ravi and another student use a webcam to spy on him making out with another boy. Ravi posted about it on Twitter and Clementi filed a complaint about him.

Two days after the first time Ravi spied on him, Clementi jumped off the George Washington Bridge. His death started a national conversation on cyber bullying, teen suicide, and LGBTQ youth.