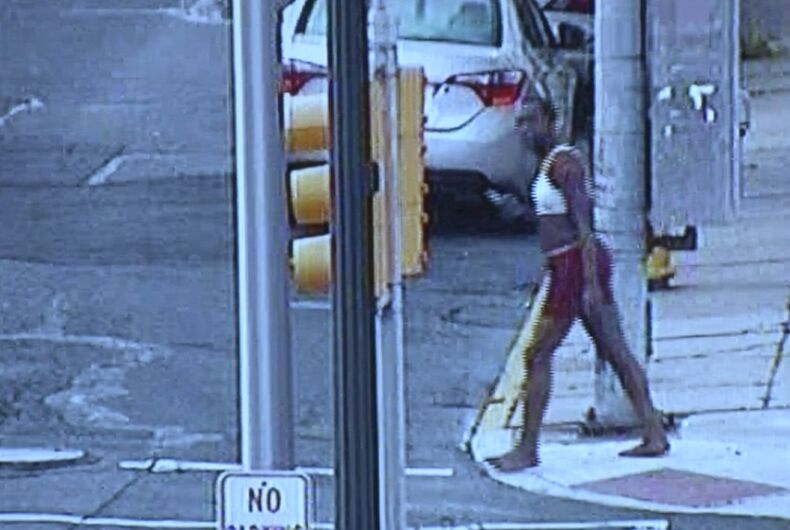 Roxanne Moore, a 29-year-old Black transgender woman from Reading, Pennsylvania is fighting for her life after she was shot 16 times by police officers. Moore is known to police and has a history of mental health issues.

“I am mad, mad as hell,” Moore’s brother said during a rally at a local park. “I just want my sister to know I love her. That’s all.”

After getting into an argument in her apartment, Moore reportedly stole a gun from someone and fled the building. Moore was holding the gun when she was shot, but it had a bright red safety locking mechanism that prevented it from being fired without being unlocked with a key.

Officers, who commanded Moore to drop the weapon, said it was impossible to see the device at a distance. Within a handful of minutes after police arriving on the scene, Moore had been shot 16 times.

After leaving her apartment, Moore had threatened people on the street while waving the gun in the air; she struck one victim. Onlookers and victims called 911. Moore’s behavior was caught on nearby surveillance cameras.

“I just want my grandchild to get the help she needs,” Moore’s grandmother said. Her mental illness “should have been recognized long ago.”

Jane Palmer, one of the speakers at the rally, told the Reading Eagle why she was supporting someone who had apparently committed a crime.

“Let me tell you.” Palmer said. “It’s because we see in their treatment centuries of racism and homophobia, and we have had enough. Do Black people ever get the benefit of the doubt in a situation involving the police? Add trans or gender-nonconforming on top of that, and you’re in real trouble.”

“We’re here today for Roxanne, who is, at this very moment, still in the hospital in critical condition because of who she is: a Black trans woman,” Palmer added. “Any one of those things, being Black, being trans, being a woman, would make her vulnerable, but she lives at the intersection of all three.”

Berks County District Attorney John Adams deemed the shooting a justifiable use of force, saying the officer body camera footage would not be released since Moore will be criminally charged.

While Moore remains in critical condition at a local hospital, the three cops who shot her will return to work.

Republican Sen. Lindsey Graham is begging for help because “they hate my guts”