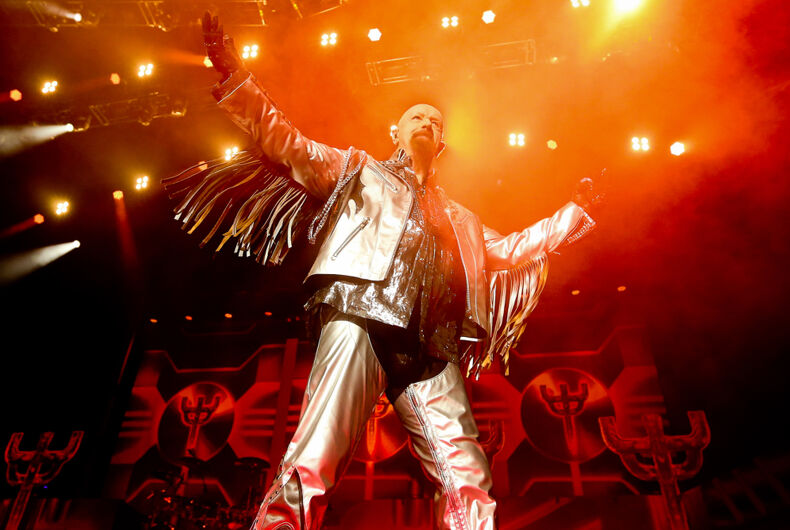 Judas Priest frontman Rob Halford, the “stately homo of heavy metal,” was arrested in Venice Beach, California for cruising a bathroom in search of sex.

“The police did me a favor by keeping it out of the press because it would have been big news. I always refer to that, slightly tongue in cheek, as my George Michael moment,” Halford told NME during an interview about his new autobiography.

Related: George Michael’s manager didn’t know he was gay at the height of his fame

Halford famously came out in an MTV interview in 1998 – long before most celebrities gathered up the courage. He wasn’t out when he was arrested in California.

“I was lucky,” Halford said, “because the sad thing is it makes people who don’t understand the gay community just go: ‘Obviously they’re all just a bunch of perverts.’ And that’s horrible.”

“I’d like to think for the most part if that incident had broken into the press then a great proportion of my fans would have said: ‘We’ll support you and stand with you.’ A few years later, when I came out on MTV, that was a proven fact because the feedback from around the world was positive – they just wanted me to continue being the singer for Judas Priest and get on with the job.”

George Michael was outed when he was arrested cruising a bathroom in Beverly Hills in 1998, the same year Halford came out voluntarily.

In 1997, while performing “Breaking The Law” with the Pansy Division, Halford quipped that he had been inducted into the “Rock and Roll Hall of Flames.”

Halford laughed at the memory during the interview, adding, “I’ve never thought I was a flamer – I’m a bit of an old burning twig!”

Cops shot a Black trans woman in distress 16 times. The DA says it was her own fault.

Man allegedly shot at a woman because she called him gay