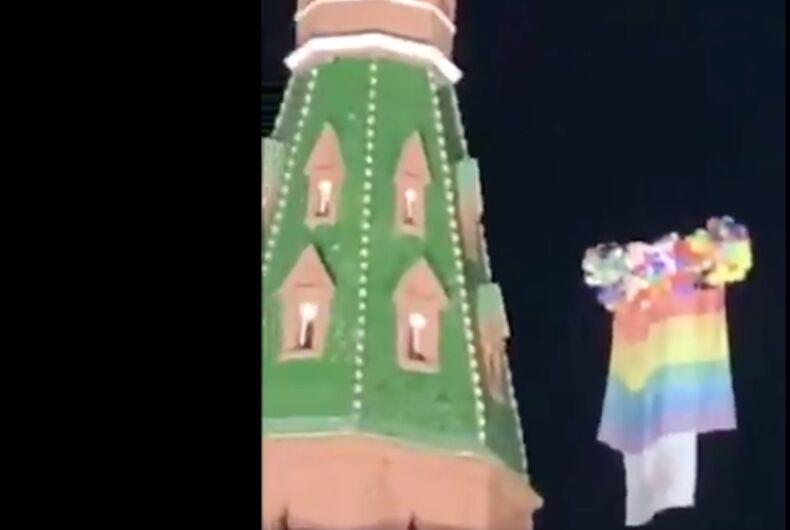 Alexander Donskoy, the out former mayor of Arkhangelsk, Russia floated a pride flag over the Kremlin in a daring protest of the government’s draconian attacks on the LGBTQ community.

Held aloft with dozens of rainbow-colored balloons, Donskoy said he did it to send a message to Vladimir Putin. Donskoy announced he would run against Putin for the presidency in 2008, but was arrested for “abuse of power” before the election.

Sentenced to three years of probation for charges that were widely assumed to be manufactured to kneecap his presidential ambitions, Donskoy left office and became an artist.

He called the protest “LGBT Over The Kremlin” performance art and included a banner at the bottom of the flag that had his name on it.

But Donskoy wasn’t just trying to spotlight the plight of LGBTQ people in Russia. He also wanted to protest the destruction of his art gallery by unknown assailants as violence against LGBTQ people has skyrocketed in recent years.

Cher tried to volunteer as a postal worker but was turned away. Really.