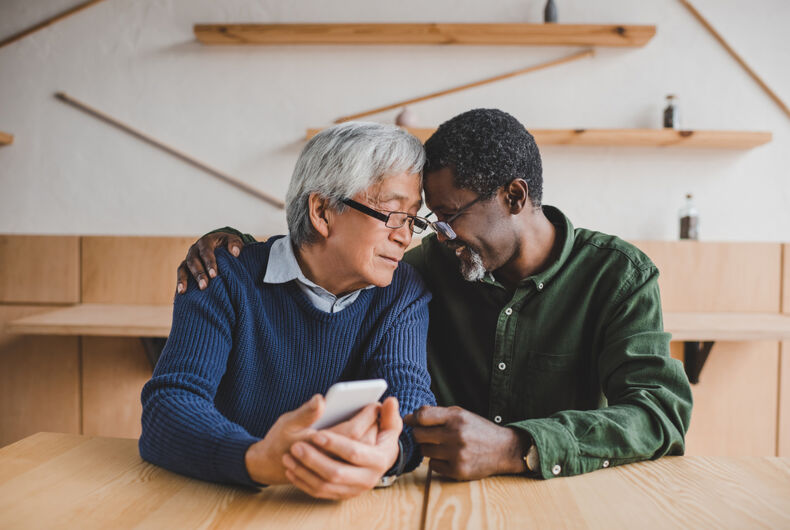 There’s no question that the Affordable Care Act has greatly benefited older Americans.

Unfortunately, the law has been under constant assault in recent years. The most recent attack specifically harms LGBTQ people by revising the part of the law that protects them. Even though a court has put a temporary halt to the revision taking effect, the threat still remains.

At issue is Section 1557, a law that outlawed discrimination in health insurance and health care on the basis of sex, which was explicitly interpreted to include gender identity. In June, the Department of Health and Human Services revised the rule to strip out the protections for transgender people. The changes also remove protections for people with limited-English proficiency.

The policy change eliminates specific references to gender identity from nondiscrimination requirements covering state policy planning, Medicaid managed care plans and more. The revisions also allow insurers to vary benefits that discriminate against certain groups, such as people with HIV. The changes give health care institutions and providers religious liberty freedoms, allowing them to refuse coverage to LGBTQ people simply by citing their faith. Transgender people are the targets of the change.

“If a person feels that it’s against their religion or personal belief to deliver care to another based on that individual’s LGBTQ identity, that’s enough for them to legally not do their job under this rule,” says Sarah Henn, chief health officer at Whitman-Walker Health. “When you think of facilities that serve LGBTQ seniors, or nursing homes, this legal right to discriminate jeopardizes folks health and wellbeing — and with the ongoing COVID-19 pandemic, this type of discrimination encourages greater danger to public health.”

Ironically, the challenge was filed just a week after the Supreme Court ruled that federal nondiscrimination protections include LGBTQ people.

“Just recently, the Supreme Court ruled that federal law prohibits employers from discriminating based on sexual orientation or gender identity,” notes Bill Rivera, senior vice president of litigation at the AARP Foundation. (The AARP Foundation and AARP have filed a friend-of-the-court brief in support of the challenge.)

“HHS’s rule change flies in the face of that decision, and would allow health care providers to discriminate on the basis of gender identity and sex stereotypes.”

Indeed, it was on this very basis that U.S. District Court Judge Frederic Block put the brakes on the changes – at least temporarily.

“When the Supreme Court announces a major decision, it seems a sensible thing to pause and reflect on the decision’s impact,” Judge Block wrote in his decision. “Since H.H.S. has been unwilling to take that path voluntarily, the court now imposes it.”

Even if the court does strike down the changes, the Department of Justice could appeal the ruling, keeping the threat alive for months longer. The upshot is that the uncertainty only feeds the anxiety that LGBTQ patients, and trans patients in particular, feel about access to and the quality of their health care.

Systemic bias in health care contributes to health disparities for LGBTQ patients. A large study of heterosexual, first-year medical students demonstrated that about half of students reported having negative attitudes towards lesbian and gay people while over 80% unconsciously showed more negative evaluations of queer people compared to their heterosexual counterparts. This bias, whether explicit or implicit, leads to poorer outcomes for patients. Based on such evidence, it’s not a stretch to say that Section 1557 revisions directly jeopardize the health of LGBTQ patients, particularly older patients.

“Persons need to be able to present their true identities to health care providers in order to assure accurate diagnosis and treatment,” says Henn. “This is fundamental to the provision of high-quality care for all persons in society. LGBTQ adults, like everyone, need to be able to seek health care from worries of discrimination or possible denial of services. This rule would invite harm to folks accessing basic health care needs from primary care visits and prescriptions to folks accessing major needs like emergency care and surgeries.”

The danger is worsened by the COVID-19 pandemic, which disproportionately harms seniors.

“Now more than ever, with COVID cases surging across the country, we must not open the door to discrimination by removing critical protections for LGBTQ older adults,” Rivera says.

A federal judge blocked implementation of the rule the day before it was set to go into effect, but we’re not in the clear quite yet. The Judge will still hear arguments from both sides before issuing a final opinion, and any decision will be subject to appeal by the Department of Justice.