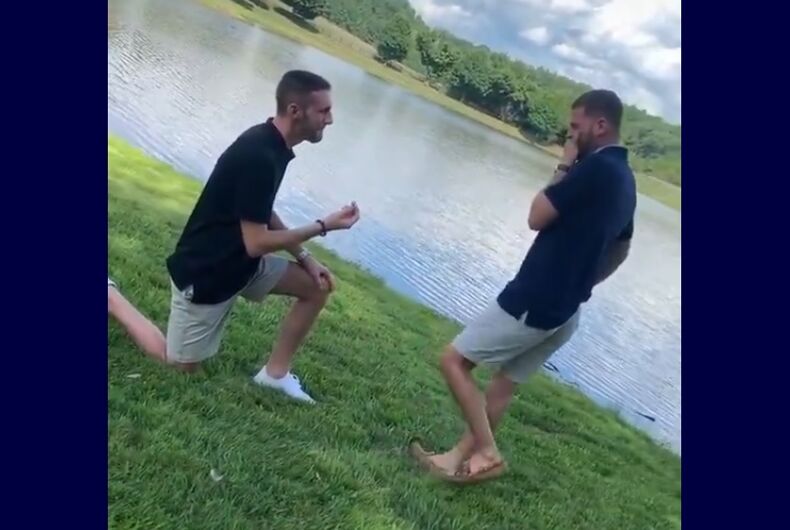 A video of a man proposing to his boyfriend has gone viral on social media, making people’s days.

Cody Boykin, according to the couple’s page on The Knot, met Brandon Moss online in 2017, but it wasn’t until 2019 that they met in person. At that moment, it was “literally fell in love at first sight,” they said.

Related: Ellen walks out on a man’s proposal

The two are standing by a lake, and Boykin gets down on one knee.

“What are you doing?” Moss asks incredulously. He then starts crying as Boykin puts the ring on his finger.

« The day I asked my best friend to marry me »

It has been over five years since the Supreme Court made marriage equality a reality in all 50 states in its Obergefell v. Hodges decision, and LGBTQ couples are affirming their love both in public and on social media.

Boykin and Moss live in North Carolina and their wedding is set for this coming October.