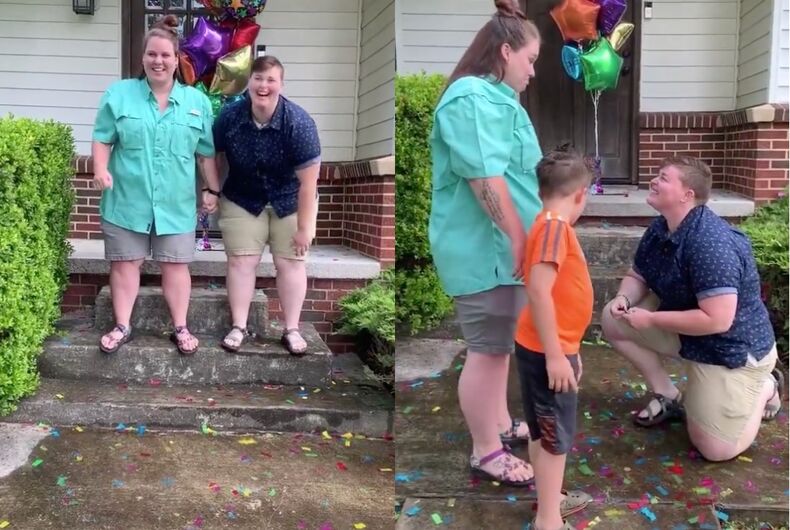 Brandi and Tabby's big moment got a small interruptionPhoto: Screenshot

When Brandi and Tabby got engaged, they couldn’t have anticipated that a young boy would steal the show. Or that video of the big moment would go viral on the internet.

The video has quickly racked up millions of views on both TikTok and Twitter as the web giggles at the kid’s curiosity and his mom’s response.

“I had no idea it was going to be done that day,” Brandi told Out. “Neither did [Tabby.] She just said it felt like the time. She had carried the ring in her pocket for over a year until she felt [we were] ready to get married.”

To celebrate the purchase of their new home, the two were recording a quick clip of them jumping off their front stoop as someone throws confetti on them when Tabby pulled out the ring.

“What are you doing?” Brandi asks as it dawns on her what is happening. Her best friend’s son, however, still hadn’t figured it out and he barged in to inspect the ring.

And that’s when the magic happens.

Son…. the way they snatched him up 😂😂😭😂 pic.twitter.com/paLO96sbYy

Georgia Rep. Park Cannon is a queer “activist elected official” getting it done in the South