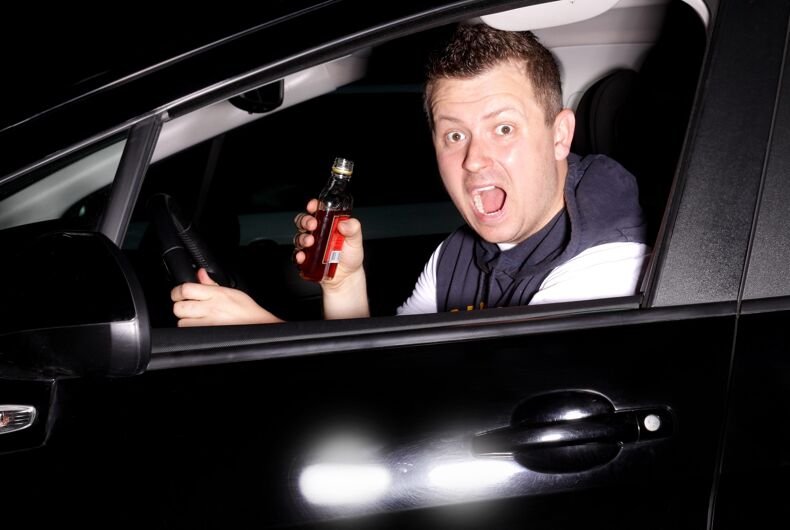 An unidentified federal prosecutor has resigned after he allegedly lobbed several slurs and insults at officers who arrested him for drunken driving and jail personnel.

“Do you know who the f**k I am?” he shouted after being arrested before launching into an anti-gay tirade that included calling one officer a “fa***t.”

Related: Watch this gay man handle a drunk woman screaming slurs like the true queen he is

According to a redacted report obtained by BuzzFeed News, the prosecutor called the arresting officer a “fa***t,” “ret**ded,” and “a dumb rookie.” Other officers at the jail confirmed that the man’s behavior was the same during booking, calling officers “bi**hes” and “retarded.”

“I will prosecute every single one of you. Wait until I get out,” he allegedly told jail officials. “Do you know who the f**k I am?”

“You don’t know who you are messing with. I’m going to have all of your jobs.”

The prosecutor refused to cooperate with the inspector general’s investigation and resigned during it. The office cannot compel a former employee to testify, but audio and video recordings from officer’s body camera footage and jail surveillance cameras made it clear what happened.

The report says the prosecutor was eventually convicted of driving under the influence. The sentence was deferred while he was under court supervision and a breathalyzer was installed in his car.