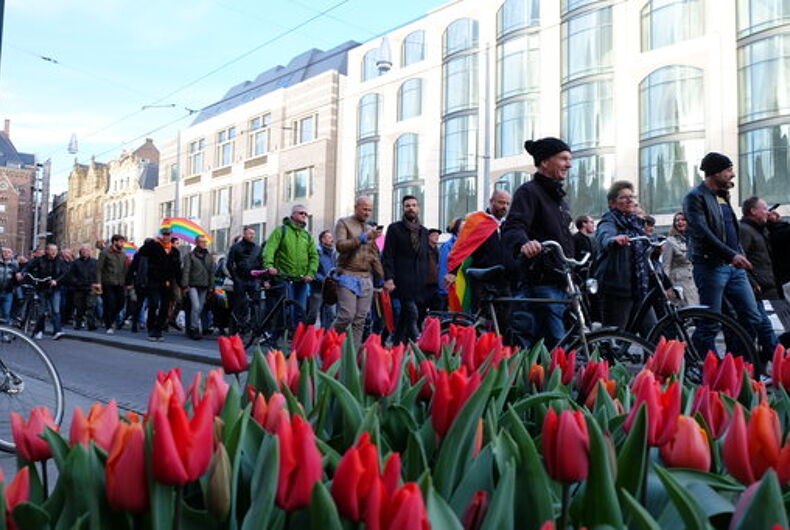 A constitutional amendment to ban discrimination against LGBTQ people has moved forward in the Netherlands.

The lower chamber of the Dutch legislature voted 124-26 to add “sexual orientation” to the list of protected categories in Article 1 of the Netherlands’ constitution.

Article 1 of the Dutch constitution requires that everyone “be treated equally in equal circumstances.”

“Discrimination on the grounds of religion, belief, political opinion, race or sex or on any other grounds whatsoever shall not be permitted,” Article 1 states.

The amendment that just passed the legislature would add sexual orientation and disability to that list. Second Deputy Prime Minister Kajsa Ollongren has already said that “sex” includes transgender and intersex people, banning discrimination based on gender identity or gender expression.

“Today we are taking a big step towards anchoring our rights in the constitution,” said Astrid Oosenbrug of the LGBTQ organization COC.

Dutch law already bans discrimination on the basis of sexual orientation, but putting the civil rights measures in the constitution will ensure they last, Oosenbrug explained.

“That is important for today, as a task for politicians to tackle violence against LGBTI people, for example. And it is important for the future, as a guarantee that we can still enjoy our hard-won rights in fifty or a hundred years.”

The Dutch Senate still has to approve the measure and then it has to be approved again by the next parliament before it takes effect.

The Netherlands was the first country in the world to legalize marriage equality in 2001.