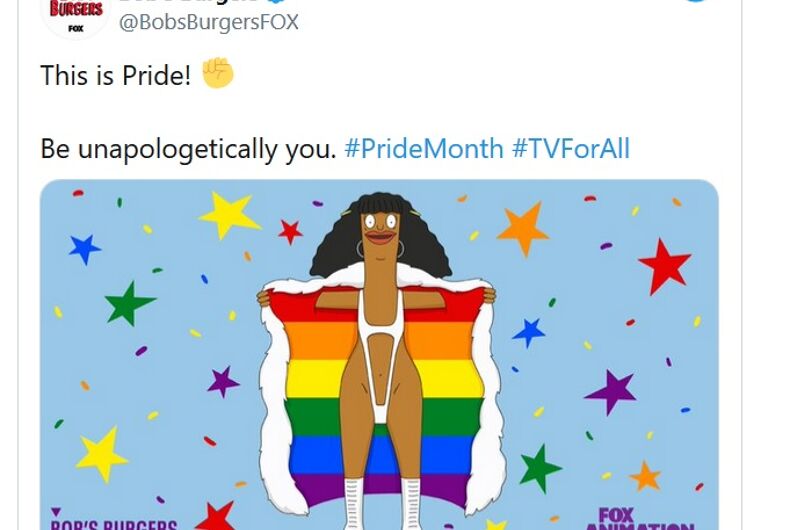 The show tweeted an image of Marshmallow for Pride.Photo: Screenshot/Twitter

The creator of the long-running adult cartoon Bob’s Burgers said that the voice behind a Black, transgender woman character will be recast.

Since the first season of Bob’s Burgers aired in 2011, the voice behind the recurring character “Marshmallow” – a Black, transgender female sex worker – has been actor David Herman, a white straight, cis man who plays several other characters on the show.

Marshmallow isn’t a regular character on the Fox series – she has appeared in 11 episodes over the show’s 10 seasons.

“She comes and goes as she pleases, she answers to no one, and she is truly free,” the show tweeted this past month about the character, in honor of Pride.

She comes and goes as she pleases, she answers to no one, and she is truly free. pic.twitter.com/9sdM7TcR12

In the past few weeks, white voice actors who portray characters of color in animated shows have been apologizing for taking away work from actors of color and renouncing characters they’ve played for decades.

In a statement last week, show creator Loren Bouchard wrote about his “regret” in casting white actress Kristen Bell to play the role of “Molly” – a Black person – in his upcoming show Central Park. He said that she would continue to work on the character until the role can be recast with a “Black or mixed race” actress.

“We profoundly regret that we might have contributed to anyone’s feeling of exclusion or erasure,” Bouchard wrote in the statement.

But fans were skeptical – Bouchard also created Bob’s Burgers, where Marshmallow has been played by a white man for almost a decade.

Now do the same for our girl Marshmallow ❤️🧡💛💚💙💜 pic.twitter.com/NejYjTbEUA

A surprising number of characters who are people of color in animated series are actually voiced by white people. This includes white actor Jenny Slate, who plays a biracial character in the Netflix series Big Mouth.

In an open letter last week, Slate wrote that it was “flawed” for her to accept the voice acting job as a white person and that she was “engaging in an act of erasure of Black people.”

“Black characters on an animated show should be played by Black people,” she wrote.

Michael Henry, who provided the voice for the Black character “Cleveland” in Family Guy since 1999, said last week on social media that he wouldn’t play the character anymore.

“I love this character, but persons of color should play characters of color,” Henry wrote on Twitter. “Therefore, I will be stepping down from the role.”

Town rejects Pride resolution because there’s no “Straight Pride.” So they got ambushed.