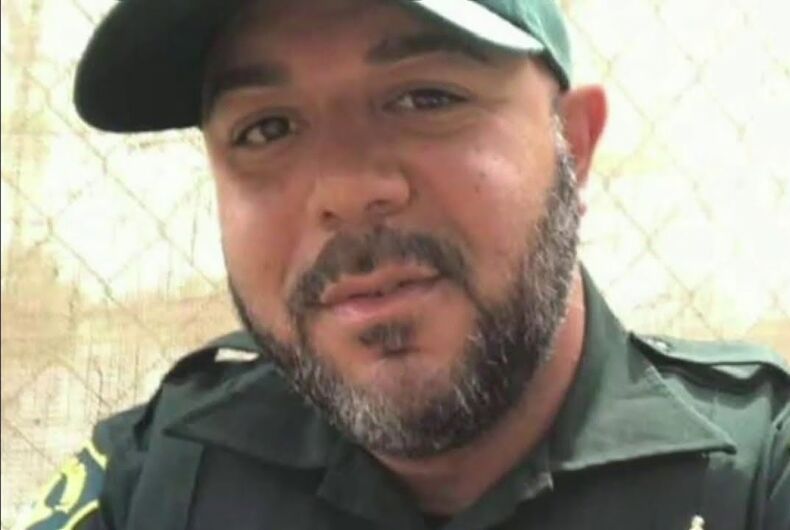 Shannon Bennett, the gay Broward County sheriff’s deputy who died after contracting COVID-19, was the first emergency responder in South Florida to die of the novel coronavirus.

Now AIG is refusing to pay his line-of-duty death insurance claim, arguing that there is no proof he caught the deadly virus at work.

The policies are normally paid when an officer dies while performing their work duties.

The Broward Sheriff’s Office submitted an appeal to the insurance carrier, but it was denied too. In the second denial, the company admitted that certain health conditions do qualify under Florida law as “accidental and caused by employment,” but since the coronavirus wasn’t explicitly listed, it didn’t count.

After the Pulse nightclub shooting, Bennett would park his patrol car near LGBTQ venues show people that “they were protected.”

A police chief in Davie, Florida was suspended after telling officers who expressed concerns about dying from the virus to go out to the parking lot and line up in formation “like cadets back in the police academy.”

He then yelled and berated them about their “baseless” concerns. He brought up Bennett, who got engaged to his partner Jonathan Frey last December.

Engle allegedly said that the officers didn’t understand the “backstory” that led to Bennett’s death. Engle said this “backstory” was that Bennett was a “homosexual who attended homosexual ‘sexual’ events” and that he contracted “a serious underlying disease which aggravated the COVID-19 virus and led to his death.”

“It was bad enough to have a family member, a loved one die, a brother, a best friend, a companion, a son, die, and then…  you add that to the hateful and homophobic remarks by the chief in Davie then curate that with all the emotions and just the trauma of trying to regain your composure and your bearings and now you get a letter, an insensitive letter, not even a phone call, but just a letter, telling you that this claim has been denied,” Darren Bennett told WPLG. “The benefits that would be given to your family are not going to be given out.”

“One of the most difficult tragedies to endure in this profession is a line of duty death,” Broward Sheriff Gregory Tony said. “We are committed to helping the Bennett family.”

“We pay thousands of dollars each year for this insurance, and I’m extremely disappointed that AIG is denying this claim. We will exhaust all appeals. I have directed my command staff to review our contract with AIG. We hope as we have further dialogue with AIG, they recognize the global impact in [the] message that they are sending to our first responders.”

Darren Bennett said at this point it isn’t about money. It’s about the disrespect and greed of the insurance behemoth.

“For us, it’s about awareness,” he said. “We want to make sure that any other agency that is partnering with AIG would potentially completely dismantle their relationship.”