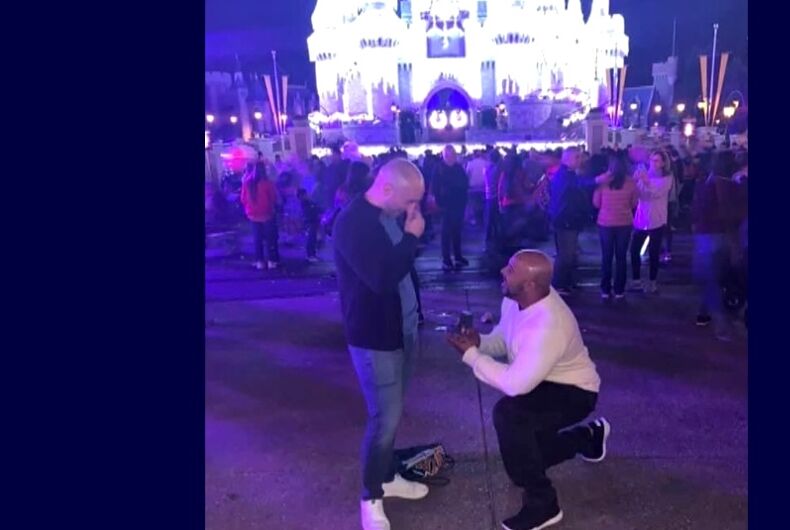 After the Pulse nightclub shooing, a gay police officer in Ft. Lauderdale would park near LGBTQ venues show people that “they were protected.”

He passed away suddenly from COVID-19 at age 39.

Broward Sheriff’s Deputy Shannon Bennett got a headache and a fever, the first signs that he was getting sick, according to his fiance Jonathan Frey.

“All he really had at first was just a fever,” Frey said. “He had a slight headache, that was about, I want to say, a couple days before the hospital.”

Bennett started having some trouble breathing, so they called a doctor who told him to go to the ER.

That was the last time Frey saw him.

“Until something like this affects you directly, I don’t really think you think about how much of an impact it’s going to have,” said Frey.

As part of his work as a police officer, Bennett was a school resource officer at a local elementary school and also worked closely with local LGBTQ people, according to a Facebook post written by the Broward Sheriff’s Office.

The post referred to Bennett as “an out and proud gay law enforcement deputy” and concluded: “We love and will miss you, Deputy Bennett. Thank you for your bravery, your kind heart, and your service. Rest In Peace.”

Friends of Bennett said that he was particularly affected by the Pulse nightclub shooting, the 2016 attack that left 49 LGBTQ people dead. They said that he used to park his car near bars and restaurants in the Wilton Manors neighborhood and said, “No one is going to mess with my friends.”

“That was the type of person he was,” the friend told Local 10 News.

But for Frey, the loss is deeper. “He was my soulmate,” he said.

The couple got engaged this past December when Bennett got down on one knee and proposed at Disney World. The two planned to spend their lives together, but that plan was cut short.

“He was the love of my life and I know his legacy is going to live on, one way or another. But he was a beautiful soul.”

Editor’s note: An earlier version of this article incorrectly stated that Bennett had no underlying health conditions that aggravated the virus. A medical report made public after this article was published says he had asthma.