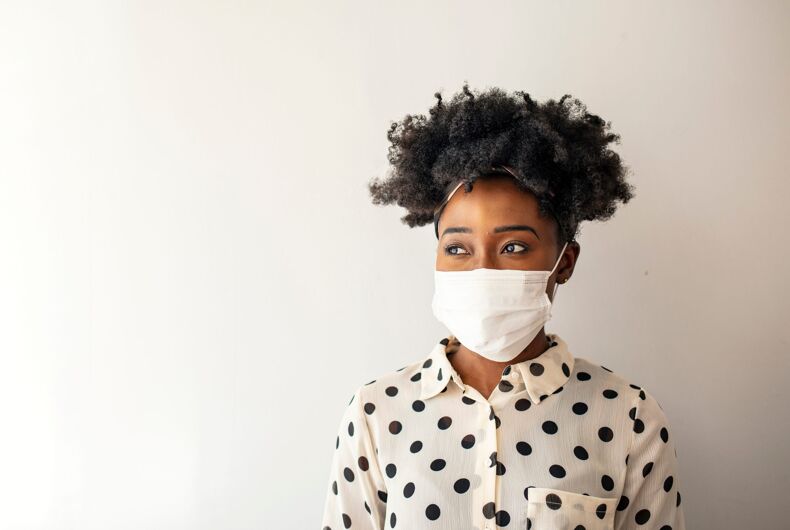 What do New Zealand, Germany, and Taiwan have in common?  Aside from having successfully reduced cases of COVID-19, all three have female leaders.

The connection has drawn attention and is no coincidence. Not simply because these countries’ leaders are women, but because as women they do not carry the baggage that can prevent male leaders such as Donald Trump from taking science-based measures such as setting and respecting national standards for wearing masks.  In other words, concerns about their manliness.

Current rhetoric in political circles is rife with undertones of manliness.

When Jeff Sessions decided to recuse himself from the Russia investigation, Trump disparaged him as “very weak” and not “being a man.” He refers to Gov. Gretchen Whitmer as “that woman from Michigan.” Amid the wave of protests triggered by the death of George Floyd, he has pushed for governors to “get tough,” telling them, “most of you are weak.”

Trump takes us back to an earlier era when accusations of unmanliness in politics were less coded. In the late 1890’s, when President William McKinley sought to avoid war with Spain over its brutal treatment of Cubans, Theodore Roosevelt, then a Navy bureaucrat, accused McKinley of having “no more backbone than a chocolate éclair.” Jingoist newspapers agreed, calling McKinley a “goody-goody man”—or no man at all.

The New York Journal published a cartoon depicting McKinley as an elderly woman pushing a broom against the will of Congress and “The People,” represented as menacing ocean waves. The caption read “Another Old Woman Tries to Sweep Back the Sea.”

Roosevelt and other hawks declared that war against Spain would strengthen American men, who had become too “soft” in their view. If men were stronger, the argument went, women would give up their quest for the vote and focus on being wives and mothers, satisfied that the nation was in good, manly hands. As sociologist Michael Kimmel has written, “The story of America [is] a story of proving and testing manhood.”

In the face of the threats we are confronting today, including a pandemic and climate change, it is important to remember that even in the 1890s a large number of men did not support a martial definition of manliness.

Sen. David Hill (D-NY), for example, asserted that whether to fight Spain was not “simply a question as to whether we were brave enough people to enter upon the experiment.”

As historian Kristin Hoganson writes, Hill “and like-minded leaders regarded the Cuban issue not as a crusade but as a policy issue to be settled by sober statements and foreign policy authorities. In effect, they contended that the kind of manhood that should govern foreign policy debate was…that of the dispassionate, educated expert, someone who exercised restraint and sober judgment.”

That sounds a lot like the debates over how to respond to COVID-19: medical expertise and the virtues of compassion and restraint versus assertions of individual “freedom” to do as one pleases. And rhetoric around the pandemic is as rife with undertones of manliness (or lack thereof) as our political rhetoric overall.

Just look at the signs on highways entering Manhattan that read “Cover Your Face in Public. We are New York Tough.”  And at President Trump’s constant scoffing when asked why he doesn’t wear a mask—which he has said would make [him] look ridiculous for prioritizing health over business.  How unmanly.

When it comes to COVID-19, unlike manliness, different approaches can be measured objectively by numbers of cases and deaths. By that measure, heads of state in places such as New Zealand, Germany, and Taiwan who imposed isolation measures early and relied on medical experts to inform their policies clearly saved lives. Free from concerns of manliness, they responded to a major problem dispassionately, based on “sober judgment” and without regard to bravado.

It can take more strength to tell people not to act than to encourage their aggressiveness. The leaders who imposed swift quarantines showed such strength. The adverse economic impacts of curbing movement and commerce were easy to anticipate, but the upside was not clear: what if the quarantines did not prove effective in reducing virus transmission and death?

Today, few officials would argue that a course of action is right because it is “manly.” A statement such as “I want American manhood asserted” (Sen. William M. Stewart (R-NV), speaking in 1897) would be considered as retrograde in 2020 as “men working” signs.

But concerns with manliness persist just below the surface. When Texas Lt. Gov. Dan Patrick (R) said he was willing to die to save the economy, that echoed men such as Stewart and Roosevelt. Faced with an enemy unbeatable through physical force, Patrick turned to dying for his country as a supposedly heroic option.

Yet COVID-19 teaches that strength is not the same as physical power, nor is strength male or female. Those who insist on characterizing it as an enemy in a war must accept that in this war, the men and women who made us stand back may have shown the strength we most need.

Getting to the truth has been the constant in Marian E. Lindberg’s career, first as a journalist, then as a lawyer, environmentalist, and author. Her new book, Scandal on Plum Island: A Commander Becomes the Accused (East End Press) is the product of extensive research into a 1914 trial and reveals the origins of homophobia as a federal policy.