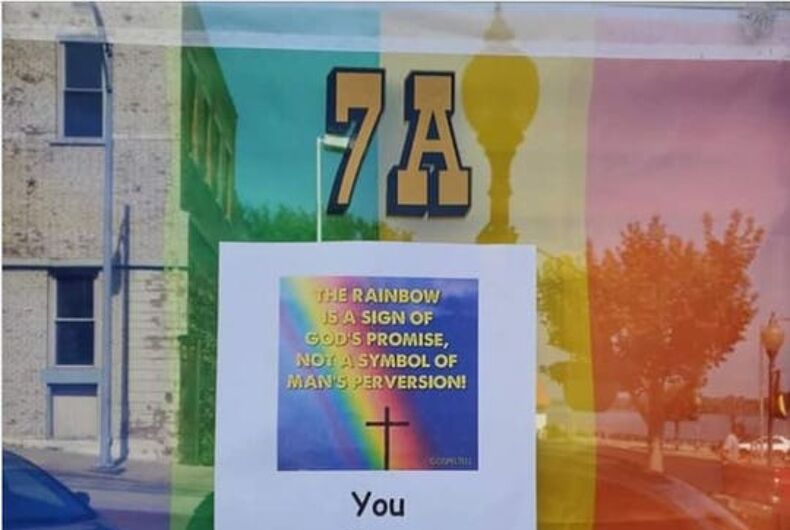 Ken Oliver, an artist in Newburgh, Indiana is described as a “real-life Mr. Rogers,” but that didn’t stop an anonymous resident from accusing him of “perversion.”

“You shame Newburgh” the flier that was posted on his door reads.

Related: 90-year-old comes out because he can’t forget the man he fell in love with 70 years ago

Oliver, who had moved back to the small town in southern Indiana where he grew up, hung up rainbow flags to celebrate Pride month and it didn’t sit well with someone. While other business owners have also hoisted Pride flags, Oliver, a gay man, was the only person targeted.

“The rainbow is a sign of God’s promise, not a symbol of man’s perversion,” the printed note says.

“I got singled out. They have no clue about who I am or how I live, and they’re assuming that I’m an un-Godly person and I’m shameful. It’s not true, and it’s not right,” Oliver told the Courier & Press.

“I was emotional, he was emotional and you know, nothing like this has happened, and Ken is the last person I would expect it to happen to,” neighboring business owner Amber Perkins told the local NBC station. “For him to come out to that this morning, I just, it breaks my heart, it makes me angry and it breaks my heart both.”