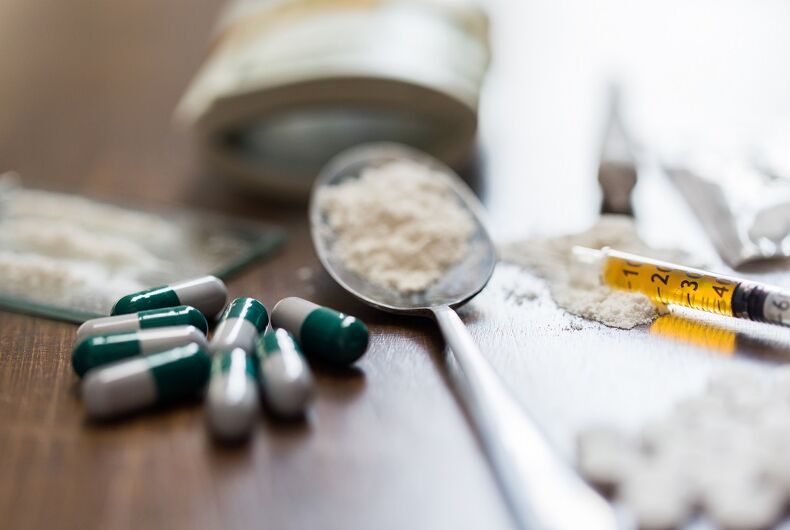 A new study found that lesbian, gay, and bisexual (LGB) middle-aged adults are at a significantly higher risk of substance abuse.

The New York University study, published in the Journal of General Internal Medicine this month, found that older LGB people were two or more times more likely to report that they use non-medical drugs than straight people of the same age group.

Related: Transgender teens are the most likely to smoke tobacco or use e-cigs

Previous studies have shown that queer young people are more likely to use drugs, and the new study shows that that risk continues well into adulthood.

Researchers used data from the 2015 to 2017 annual National Surveys on Drug Use and Health, which asked participants about their drug use. They focused on the 25,880 participants who were over the age of 50, 2.5% of whom were LGB.

“Our research confirms that a higher prevalence of substance use among lesbian, gay, and bisexual adults can continue into later life,” said lead author and assistant professor of Geriatric Medicine and Palliative Care Benjamin Han. “Similar to LGBTQ adolescents and young adults, such prevalence may be related to stressors like discrimination and stigma based on sexual orientation in addition to stressors related to aging, including social isolation and age-related stigma.”

“Even though times are changing and things have been getting better for the LGBTQ community, older individuals in this population may still be affected from past experiences of intolerance,” said co-author and researcher Joseph Palamar.

The authors said that drug use can be more harmful for older people.

“This is even more true for vulnerable populations who experience stigma, like those identifying as lesbian, gay, or bisexual, and may already experience a range of health disparities and have barriers to accessing health care,” said Han.