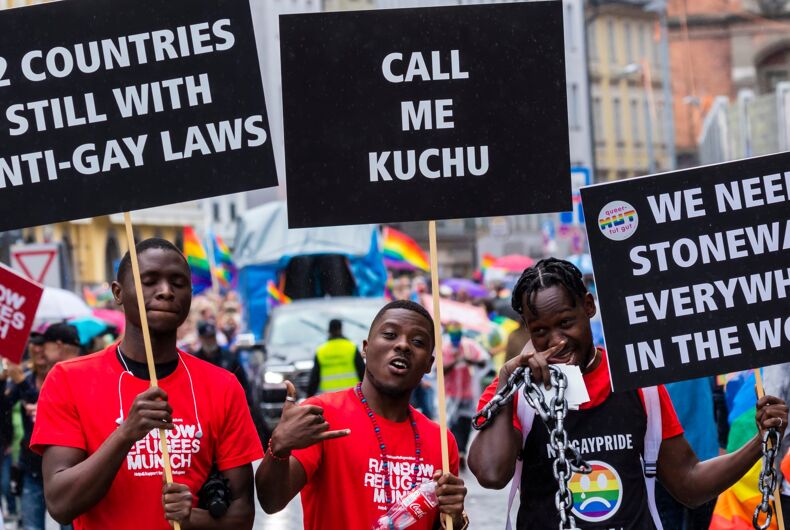 A procedural change proposed by the Department of Homeland Security (DHS) would allow immigration judges to dismiss claims from transgender asylum seekers before they even have a chance to argue their case.

The new rule “absolutely guts U.S. asylum law and procedures” according to experts.

The changes would instruct judges and officials to “not favorably adjudicate the claims of aliens” who claim persecution based on their gender among other characteristics. Hearings for most transgender people and abused women could be mostly eliminated.

The revision would “effectively eliminate court hearings for entire swaths of asylum seekers,” according to Newsweek. It would allow judges to dismiss asylum claims without actually holding a hearing. Instead, the judge would decide based off the application alone.

Throughout the Trump administration, transgender asylum seekers have been particularly vulnerable.

She was being held in an Immigration and Customs Enforcement (ICE) facility in New Mexico when she died. An independent autopsy indicated that she died of dehydration and had been beaten before she died. A government autopsy declared she died of complications from HIV.

In January, House Democrats called on ICE to release all transgender detainees from their “inhumane” facilities.