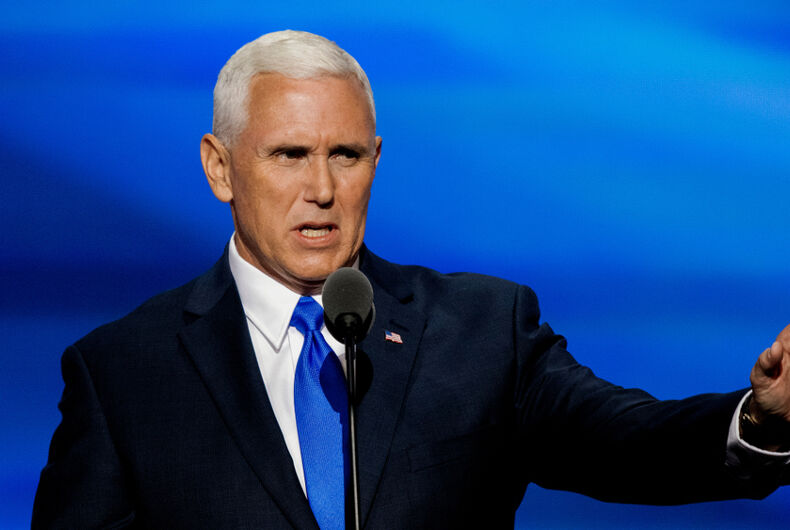 Jeffress believes all non-Christians — including Catholics, Mormons, and Muslims — are going to hell. He believes “an anti-Christian holocaust” will occur if you force Christian bakers to make cakes for same-sex weddings. He also thinks same-sex wedding cakes are a sign of the Antichrist.

He once told a suicidal lesbian to go to conversion therapy, a widely debunked form of psychological torture, to become heterosexual.

Pence’s visit to Jeffress’ church came just two days after Pence’s own Coronavirus Task Force listed Texas as one of several “hot spots” that he intended on visiting to get a “ground report” on the ongoing epidemic. As of today, the state currently has the fifth-highest number of coronavirus cases among U.S. states. Dallas County has the second-highest number of overall cases in the state.

Despite that, the church didn’t require face masks or social distancing. It did reportedly conduct temperature checks and only filled their 3,000-person Worship Center to 70 percent capacity.

Pence had intended to speak at churches in Florida and Arizona, two other states his Task Force listed as “hot spots,” as part of his “Faith in America” tour, but he canceled shortly after speaking at the Dallas church. He will still travel to those states to meet with governors.

The history of Pride in just six minutes

Pride in Pictures: First time out