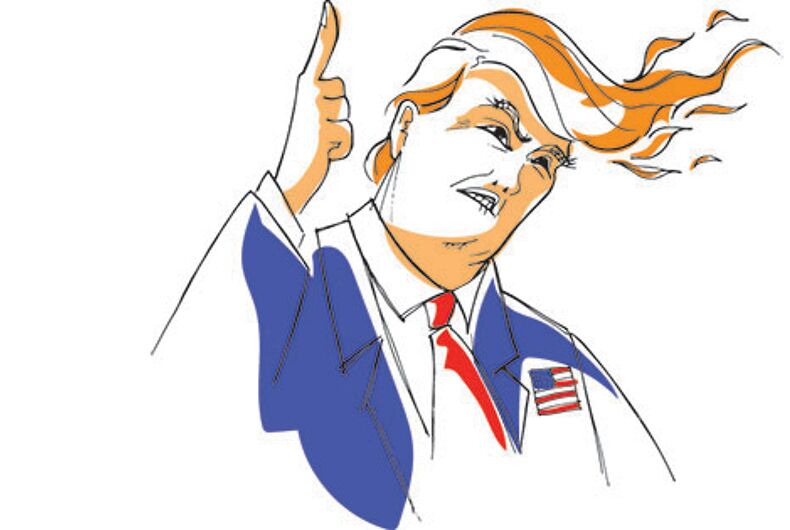 The secret is out. The evangelical advisory board assembled by President-elect Donald Trump in the run-up to his election has continued to advise him and his transition team, according to Politico, and will apparently keep doing so after Inauguration Day.

Trump is a Presbyterian, and as is well known he’s a man who rarely talks about his faith and is unapologetic about his affairs, his prior comments on women’s bodies and his marital indiscretions. The key, according to the report, is his concrete commitments to this group that far exceed those made by born again Christian George W. Bush. They include a vow that every Supreme Court justice he appoints will be one who oppose abortion rights and to defund Planned Parenthood.

How much influence these fundamentalist preachers have is surprising even to them. Richard Land, a Southern Baptist veteran of political campaigns, spoke with Politico.

“Mr. Trump evidently told his staff he wanted to keep the advisory board intact, he wanted us to continue to meet, to give him advice, and I will tell you, I have been surprised at the level to which the transition team has solicited our input on personnel.”

Land added that top Trump aide Kellyanne Conway has checked in with the group since the election.

Members of this advisory board reportedly are still holding weekly conference calls with transition officials, as they did during the campaign. Their personal access to Trump was so great, board member Kenneth Copeland rejoiced on election night that, for the first time in his life, he’ll now be able to share messages from God directly with the president of the United States.

And they’re preparing to break bread together just days after Inauguration Day on January 20th, according to the report.

“Members of the board are already making plans to be in Washington for the National Prayer Breakfast, slated for Feb. 2 — less than two weeks after Trump’s inauguration, and likely the first high-profile faith event of Trump’s presidency. There are discussions underway for the board to meet in person in Washington. And they have already been asked by the transition team to provide names for key slots in the administration, including for faith-based offices.

The group’s main contact is Pam Pryor, a member of Trump’s transition team and a former Sarah Palin aide, according to the report.

“I will say, having been involved with administrations from Reagan’s forward, this is the most solicitous that any incoming administration has been for input from evangelicals concerning personnel decisions that I’ve experienced,” Land told Politico, adding, “It’s come from Pam’s office, and she has said, ‘He’s very grateful for the faith community, he wants your input.’ That didn’t even happen under George W. Bush. They were willing to take our recommendations, but they didn’t actively solicit them three times before inauguration.”

“I think that he understood that his best and likely only chance to win the nomination and ultimately the presidency was to compete for and win the support of voters of faith,” said antigay activist Ralph Reed, chairman of the Faith and Freedom Coalition, who says he considers Trump a friend.

HIV infections in the Philippines have gone up 100%