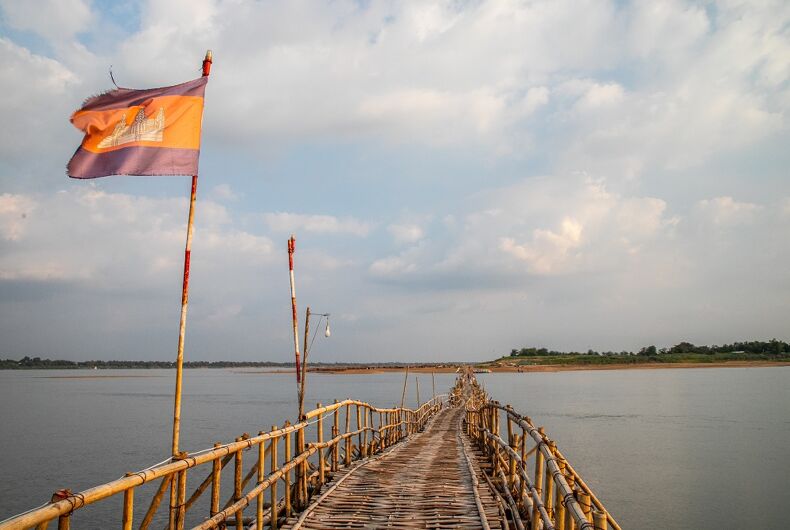 A bridge across the Mekong River in Kampong Cham, CambodiaPhoto: Shutterstock

A man has been arrested for allegedly killing a five-year-old girl because she called him gay.

The girl was found drowned in a river in February 2019 in Kampong Cham, Cambodia. Now police have arrested a farmer named Touchuthorit Nalik, 19, in connection to her death.

Deputy police chief Heng Vuthy said that investigators at first believed the girl’s death was an accidental drowning because there were no bruises found on her body.

But the victims’ family insisted something else had happened to her. During the course of the investigation, police said that Nalik admitted to killing the girl.

He and the girl were visiting a neighbor and watching TV, according to Vuthy.

“The suspect always teased the little girl in a fun way and she called the suspect ‘gay,'” Vuthy told the Phnom Penh Post. “He was very angry.”

“On the day of the incident, there was a celebration in the village. The suspect saw a chance to take revenge as it was quiet. He covered the girl’s mouth and pushed her into the pond behind her house.”

“We are delighted to provide justice to the victim’s family,” said CPU service chief Som Vathana. “This is not a drowning case but murder.”

If convicted, Nalik faces up to 15 years in prison.

Homosexuality is legal in the majority-Buddhist country, but LGBTQ people have few other rights and protections. Same-sex relationships are not officially recognized, discrimination based on sexual orientation or gender identity is not banned, and transgender people cannot legally update their official documents.