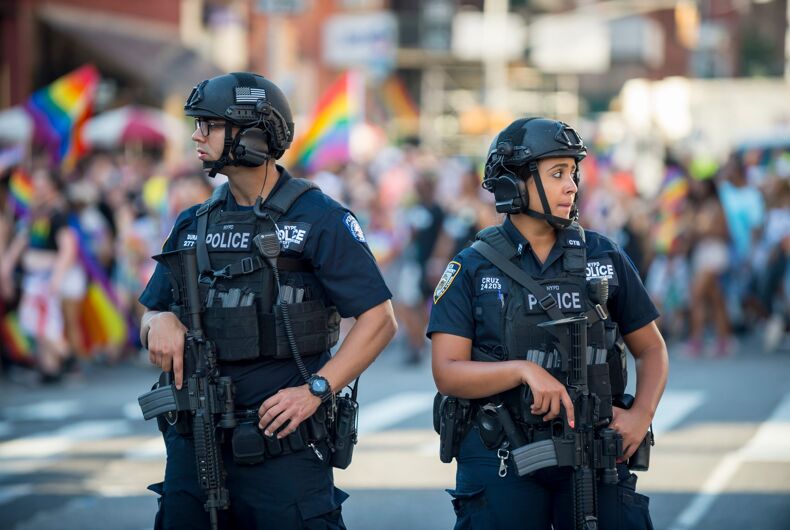 While LA Pride organizers had previously announced that the parade and festival would be canceled due to the coronavirus pandemic, they’re bringing Pride back to the streets after all.

Fifty years after the first Pride parade commemorating the Stonewall Riots, LGBTQ people will march down the same route to protest police brutality again. On June 14, the community will march in solidarity with the Black Lives Matter movement.

“In 1970, we gathered on Hollywood Boulevard to protest police brutality and oppression to our community,” said Estevan Montemayor, the organization’s president, told the Los Angeles Times. “We will do that again this year, where it began, in solidarity with Black Lives Matter.”

Protestors nationwide have taken to the streets after the death of George Floyd, an unarmed black man, at the hands of a white Minneapolis police officer. Police forces have further inflamed tensions by attacking peaceful protestors with tear gas and rubber bullets.

Unrest broke out nationwide after video footage of white Minneapolis police officer Derek Chauvin kneeling on Floyd’s neck for almost nine minutes went viral. Floyd repeatedly told officers that he couldn’t breathe before he died. The officer continued to kneel on Floyd’s neck for three minutes after he had stopped breathing.

The officer was arrested and charged with murder only after days of unrest. Three other officers who were involved were fired but were not criminally charged until yesterday.

The protest march will start at 10 a.m.at the corner of Hollywood and Highland boulevards, moving on to West Hollywood and ending at Santa Monica and San Vicente boulevards.

“We encourage all community members who believe that we must root out this racial injustice and stand in solidarity with the black community and fight for real reform and change in this country on all levels of government to join us in this peaceful protest, in this march for justice,” Montemayor said.

“It is our moral imperative to honor the legacy of Marsha P. Johnson and Sylvia Rivera, who bravely led the Stonewall uprising, by standing in solidarity with the Black community against systemic racism and joining the fight for meaningful and long-lasting reform.”