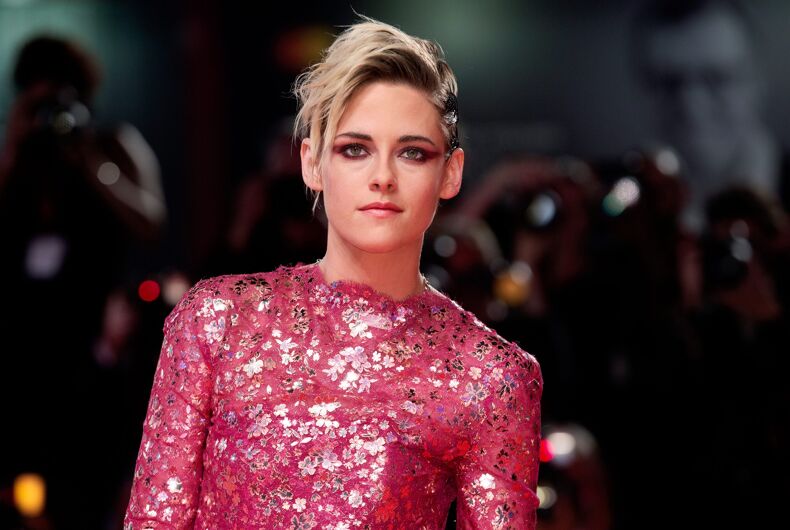 Kristen Stewart attends the premiere of the movie "Seberg" during the 76th Venice Film Festival on August 30, 2019 in Venice, Italy.Photo: Shutterstock

Out actor Kristen Stewart will portray Princess Diana in Pablo Larraín’s upcoming biopic, Spencer. The movie’s plot occurs over a few days as the could-have-been Queen decided she wanted a divorce from Prince Charles.

Stewart, who officially came out as “so gay” in a 2017 Saturday Night Live opening monologue, told a magazine interviewer, “Google me. I’m not hiding.” when asked about her sexuality.

“Usually, the prince comes and finds the princess, invites her to become his wife, and eventually she becomes queen,” Larraín told Deadline. “When someone decides not to be the queen, and says, I’d rather go and be myself, it’s a big, big decision, a fairy tale upside down. I’ve always been very surprised by that and thought it must have been very hard to do. That is the heart of the movie.”

Larraín’s 2017 film Jackie, a look former First Lady Jackie Kennedy’s life in the days after her husband’s assassination, won critical acclaim. Actor Natalie Portman was nominated for an Oscar for her portrayal of the grief-stricken widow.

Pride in Pictures: Bubble of community