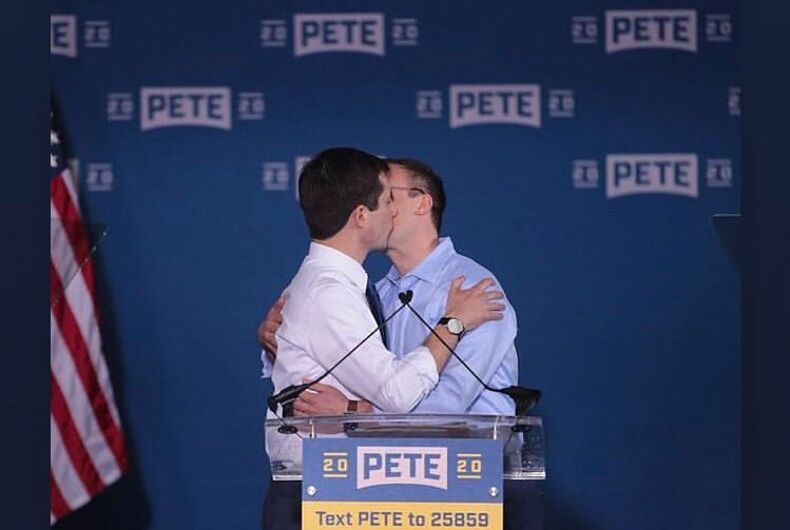 Pete Buttigieg kisses his husband, Chasten, after announcing he will run for the presidency.Photo: Buttigieg campaign

Former South Bend, Indiana mayor Pete Buttigieg made history when he became the first out presidential candidate with the potential to win, but one standout moment from the campaign had LGBTQ people in tears. After giving his speech, Buttigieg did what other candidates do: he kissed his spouse.

What was historic was that his spouse is his husband Chasten.

Harvey Milk and Edie Windsor are smiling down on @PeteButtigieg today. #PeteForAmerica pic.twitter.com/tDYZ03UeZr

HIV transmission rates are down because of stay-at-home orders