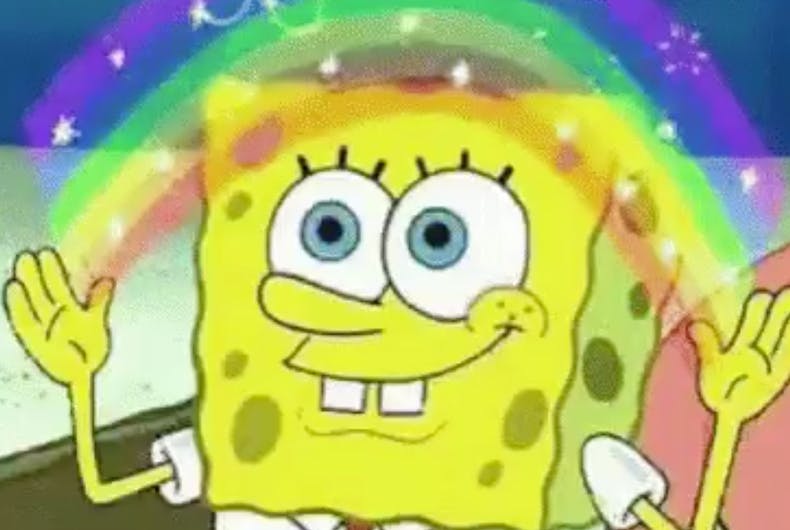 An anti-gay meme circulating on Twitter has Netflix and Amazon Prime joining forces to clap back at homophobes.

The popular meme showed Patrick from the cartoon Spongebob Squarepants trying to shove a pumpkin down a funnel into Spongebob’s throat. Patrick is labeled “Netflix,” the pumpkin is “an unnecessary gay character” and the funnel is “any new series.”

Related: Evian’s clapback to complaints about their gay “propaganda” is next level

As the tweet garnered likes and retweets, the streaming service shot back.

“Sorry you have yet to realize that every gay person is very necessary,” they tweeted in response.

That spurred the Amazon Prime account to join the fray, responding back to Netflix with a gif of Spongebob making a rainbow with his hands.

And that, my friends, broke the internet.

sorry you have yet to realize that every gay person is very necessary https://t.co/xTOEcLWryc