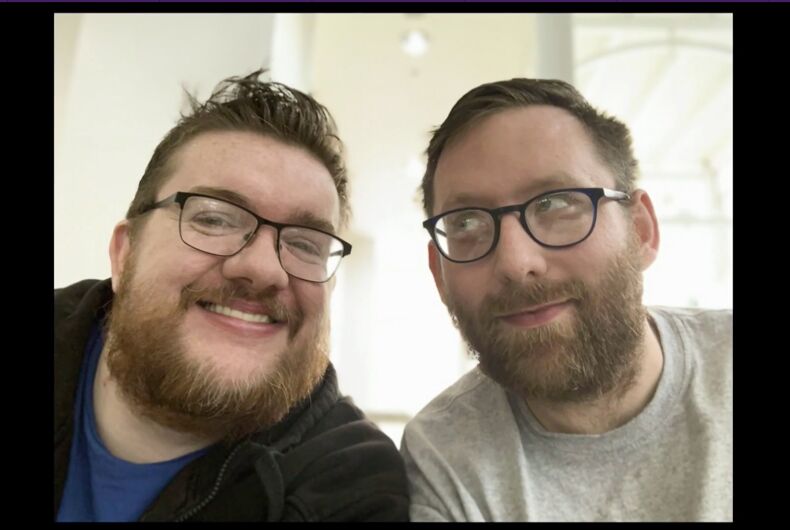 Before his sudden death from COVID-19, Scottish healthcare worker Mick Gallagher worked the night shift at a nursing home, caring for the elderly and infirm. Gallagher was on the mend when he collapsed at home and died before an ambulance could arrive.

While doctors and nurses get a special death benefit for dying in service to their work, the government will not accord Gallagher the same honor according to Channel 4. Scotland is the only part of the UK where nursing home staff and at-home-caretakers are not eligible for the benefit.

Related: If we start a conspiracy theory that COVID-19 turns you gay, would Republicans stay home?

“He was always happy, always laughing and making a joke. He was very selfless, whether it was his residents, me, his mother. That was Mick, he just liked to take care of people.”

Gallagher had mild symptoms and was quarantined at home with John when he took a sudden turn for the worse.

“Certainly on the day he died, you wouldn’t have thought he was ill,” John said. “You would have just thought he was tired. He was up and about and cleaning and he felt fine.”

But after a bath, Gallagher started struggling to breathe. He had mild asthma.

“I helped him up and as soon as he was vertical he started to struggle for air,” John recounted. “He went from sitting like I am now, to dead in 20 to 30 minutes.”

“His last words were that he was scared, and I was scared too but I was there for him. And then he told me that he loved me and I said it to him as well, that I loved him and that we were going to get through it.”

“We’re not asking for the world,” he continued. “We would be happy if they just paid the funeral costs, for example. A recognition that he died in service and care to other people.”

Within hours of learning about the family’s plight after the government’s callous decision to leave some frontline healthcare workers behind, friends and viewers flooded a GoFundMe set up to pay Gallagher’s funeral expenses, covering the entire cost.