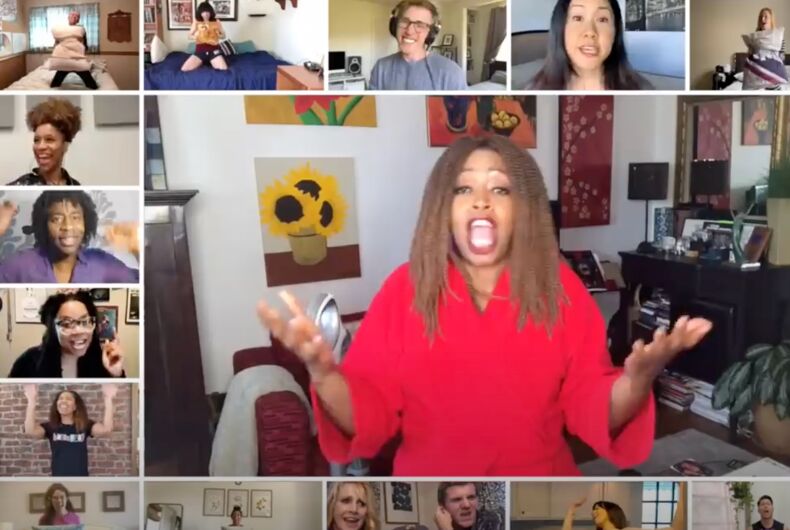 The casts of the Broadway, movie, and television productions of Hairspray united in a massive at-home performance of the song, “You Can’t Stop the Beat.”

The video is going viral as quickly as the 150 cast members appear, sing, dance, and generally make life under lockdown a little easier. Plus, they throw in a few extra celebrities just for fun.

Related: Skittles gives up its colors to honor the rainbow flag for Pride Month

The performance is in support of the Actors Fund.

Another country will soon get same-sex marriage