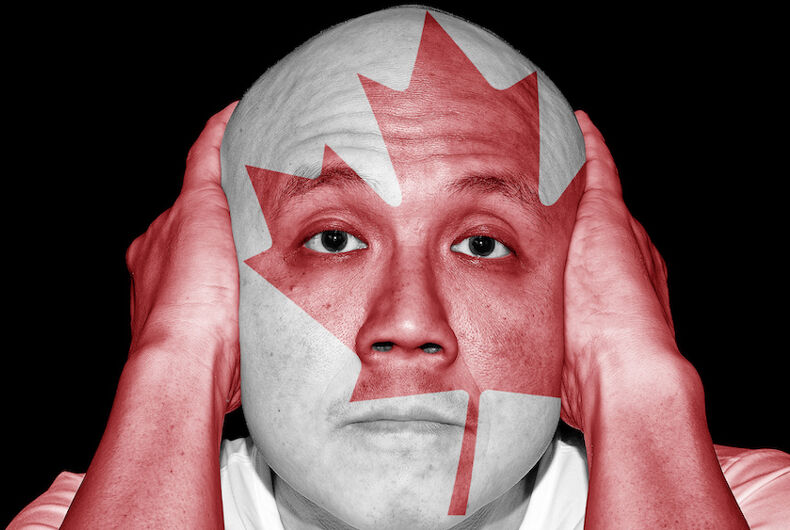 Canada just approved a site for a $5.6 million memorial commemorating its government’s nearly five-decades-long purge of thousands of LGBTQ people from military and government jobs.

The memorial will be set in Ottawa on a “gently sloping green” with views of Canda’s Supreme Court and Parliament Hill. But most importantly, it will keep the memory of the purge itself alive so that others might never relive it.

In the 1940’s, the Royal Canadian Mounted Police (RCMP) and a panel from National Defense and External Affairs began conducting background checks to root out any people with “moral failings” or “character weaknesses” that might make them potential security risks. This included LGBTQ people.

This was around the time of rising World War II tensions with Russia, and the Canadian government suspected queers of sympathizing with communists (since North American capitalism was quite anti-LGBTQ). The government also thought that closeted queer people would become ripe targets for foreign agents to blackmail.

Those who admitted to being queer were kicked out or forced to undergo psychiatric medical treatment to “cure” them.

Gradually, the purge extended to other government agencies, exposing thousands of LGBTQ people to “dismissal, transfer, demotion, denial of promotion, and other types of discrimination [like]… denied benefits, severance, pensions” and notes on their service records calling them “deviants” and “not advantageously employable.”

Those who were outed often considered suicide or were considered sexual deviants by their families and communities, effectively making them pariahs in their own homes.

An early ’90s lawsuit by lesbian military officer Michelle Douglas helped end the purge, and in November 2017, the Prime Minister formally apologized for the purge, calling it “unjust.”

Surviving victims of the purge joined a class-action lawsuit against the Canadian government and received money from a national compensation fund, though some people still felt so traumatized by the purge that they couldn’t fill out the forms to receive compensation without shaking.

The memorial is being partially financed through that fund.