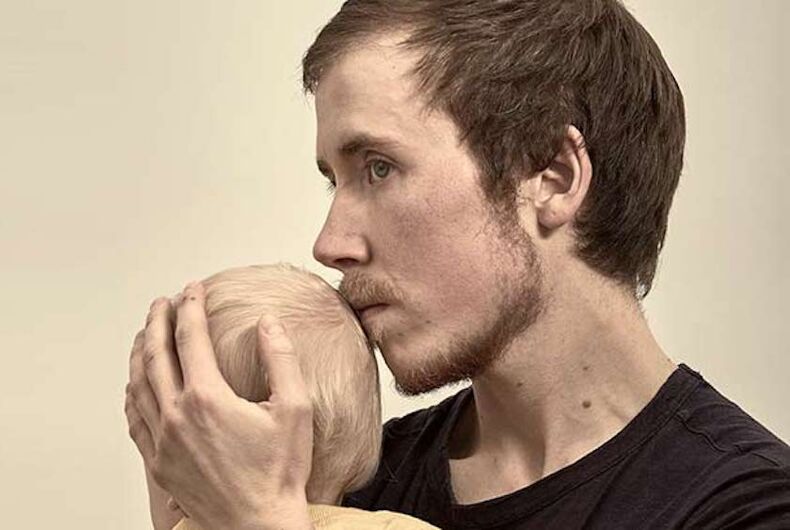 Freddy McConnell is a transgender man whose pregnancy was the subject of the film "Seahorse."Photo: Manuel Vazquez for "Seahorse"/Promotional image

A recent study from a fertility clinic in Massachusetts has found that transgender men who stop taking testosterone (T) had similar egg yields to cisgender women.

Boston IVF is a fertility clinic and research center, and they decided to look at years of data they had collected to see if T had a permanent effect on fertility, even after a transgender man stops taking it.

Related: How a transgender dad won the right to be the legal father of the child he carried

They found that about half of transgender men who wanted to become pregnant were undergoing hormone replacement therapy (HRT) before they tried to get pregnant. Those who were taking it stopped on average four months before undergoing ovarian stimulation cycles as part of an in-vitro fertilization process.

And they had similar egg yields to cisgender women who never took testosterone.

“The numbers were very small, but it was very reassuring that even though these transgender men had taken testosterone, when they stopped it and were treated, they responded well and we had good outcomes,” Boston IVF Medical Director Dr. Samuel Pang told NBC News.

The study’s results flies in the face of the conventional wisdom that transgender men need to freeze eggs before starting T in order to one day have children.

Emmett Hardiman said that he knew he was transgender since he was young and he started HRT when he turned 18. He thought that he was “definitely going to be infertile.”

But his period started again several years later when he stopped T due to a lack of insurance. He had eggs harvested and his wife carried two children who came from those eggs. (Fertility experts recommend trans men go off hormones to collect and freeze eggs, although one 16-year-old trans boy reportedly was able to have eggs harvested without going off hormones.)

Dr. Pang said that even though it’s possible for trans men to go off HRT to have a child, that can still be asking too much.

“The thought of stopping testosterone or going through hormone treatments if very daunting for them, so they frequently will not pursue it because of that,” he said.

“Just having to go off testosterone in order to do IVF was not a great option, but it was, to me, better than the alternative,” said Hardiman.

The study looked at transgender men who started HRT as adults. Dr. Johanna Olson-Kennedy, medical director of the Center for Transyouth Health and Development at Children’s Hospital Los Angeles, said that it would probably be different for trans men who took puberty blockers and then moved directly on to T since their reproductive organs never matured.

“We don’t know because no one has ever done it,” she said. “It stands to reason that somebody would, because your hypothalamus doesn’t change.”