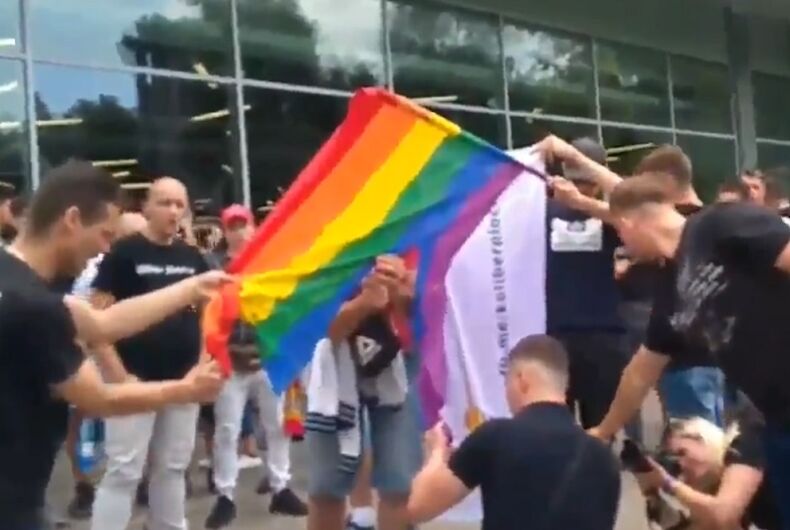 Poland is considering a bill that would throw teachers in jail for teaching sex education. The bill links pedophilia and homosexuality.

The Parliament of Poland is set to vote on the “Stop Pedophilia bill” today. It does not address sex with minors, but instead focuses on sex education in schools.

Related: A third of Poland has declared itself “LGBTQ-free zones”

Poland doesn’t currently have a required sex education curriculum for public schools, but the current law would go much further than simply not having a curriculum and impose a penalty of up to three years in prison for teachers who provide sex education to children.

The bill’s explanation of why sex education is bad brings up homosexuality multiple times, including a statement that says sex ed teachers “groom and familiarize children with homosexuality.”

In a separate document about the bill that was submitted in Parliament, supporters wrote, “The organizations and activists most involved in the promotion of sexual ‘education’ in our country are the LGBT lobby.”

“Children are sexually awakened and familiarized with homosexuality” in sex ed, the supporters stated, and sex ed is used “by the LGBT lobby to achieve radical political goals,” like legalizing gay adoption.

“In Western Europe, members of these movements involved in implementing sex education in schools were convicted of pedophilia,” the document said.

“This would make impossible for us as educators to come into schools and teach kids about humans, about what makes us us, and what’s gender identity or sexual orientation,” Ola Kaczorek, an LGBTQ activist who works with the organization Love Does Not Exclude, told Reuters.

“Usually school is not a friendly environment for non-heterosexual kids, but now it will be even harder.”

The law is supported by the ruling far-right and anti-LGBTQ Law and Justice (PiS) Party, but it was brought to Parliament via a petition. The Polish constitution allows citizens to propose bills in Parliament if they can get over 100,000 signatures in support.

Today’s vote will decide whether to reject the bill, send it to committee to be reworked, or move it forward for a second reading.

As coronavirus rages, gay couple gets spat on & called diseased during trip to supermarket