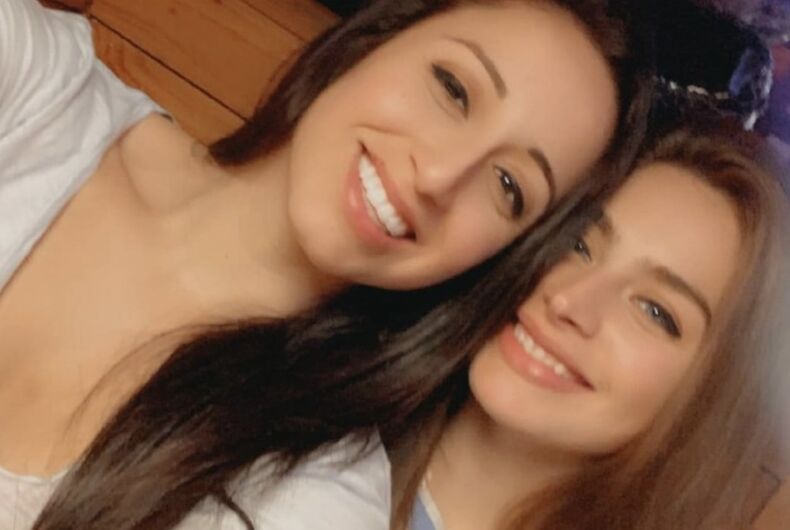 A lesbian couple in North Carolina has disappeared without a trace, and their families are pleading for people to share any information they might have.

Stephanie Mayorga, 27, and Paige Escalera, 25, got engaged and moved into an apartment in Wilmington with each other this past March, but they have not been seen since April 15.

Related: Lesbian left covered in her own blood after two men brutally beat her

The couple’s roommate filed a missing persons report after not seeing the women for three days.

Mayorga’s phone appears to have been turned off on April 15 and hasn’t been turned on since. Escalera’s phone was left on her bed and was given to police as evidence.

“Her boss says he tried calling her when she never showed the next morning,” said Stevie Jenkins, Escalera’s sister.

On Facebook, Jenkins said that the women hadn’t been living together long before they went missing. The roommate didn’t even know the women’s last names and didn’t have their social media information, but she eventually was able to get in contact with their families.

If anyone has heard anything about/from Paige Escalera or her fiancé Stephanie Mayorga PLEASE let me know..Last known…

“As I have been contacting her close friends, I have found that every single one of them had been blocked from her social media over the last week or two,” Jenkins told Oxygen. “It is normal for family to not hear from her, but not her closest friends. As I spoke with Stephanie’s friends, they say it isn’t normal at all that they don’t hear from Stephanie.”

Jenkins said that her sister wasn’t close to family and that she dropped out of high school and recently completed her GED and was attending college. She said that Escalera was working on her relationship with her family.

“I am at a loss,” she said. “I was just rekindling my relationship with my sister that has not been so well for the last 10 years. For the first time in a long time I felt like I finally had her back.”

On Facebook, Escalera’s aunt Rachel Escalera posted pictures of her niece to help locate her.

Thank you all so very much for posting and sharing my niece, Paige Escalera’s missing flyer. You have no idea how much…

The Wilmington Police Department posted a message about them on Facebook asking for help locating them. The Facebook message says that they were possibly in a dark grey Dodge Dart with South Carolina license plates. Escalera had tattoos.

“Both family members and authorities believe the couple’s disappearance is suspicious and that’s why they’re working closely with law enforcement agencies across North and South Carolina in hopes of finding the two women.

MISSING: These two girls, Stephanie Mayorga (left) and Paige Escalera (right), have not been seen since April 15th….