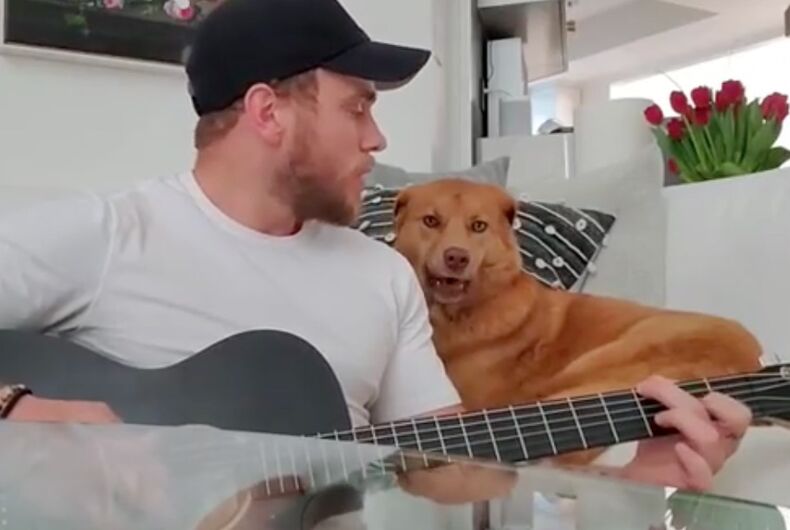 The Olympic skier posted a video of himself locked down at home playing and singing a simple song, but the amount of shade Birdie threw at him was simple too – simply hilarious.

“I’ve spent the past two months trying to learn the guitar and my dog is… honestly not that impressed,” Kenworthy wrote with the Instagram post.

Kenworthy’s playing and singing are quite nice, but Birdie would rather take a nap if only a certain someone would shut up and leave her alone.

I've spent the past two months trying to learn the guitar and my dog is… honestly not very impressed.

A lesbian couple got engaged last month. They just disappeared without a trace.