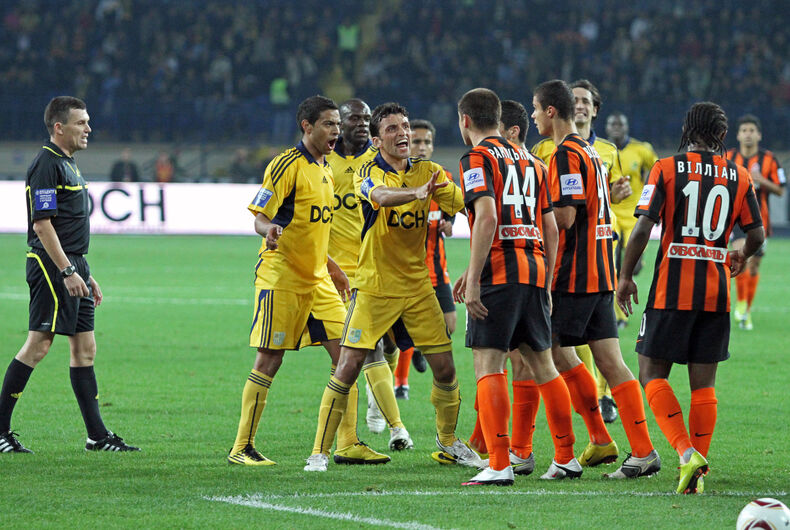 A gay college soccer player who got called a “f****t” one too many times on the field punched his opponent, but he ended up getting punished more severely than the homophobic player.

First year student Henry Bethell plays soccer for Sarah Lawrence College (SLC). He’s out and loves soccer, but not everyone in the sport has been accepting of him.

Related: A gay college soccer player filed a Title IX complaint when a fan called him a ‘f****t’

Bethell said that he has heard the slur on the soccer field before. He played soccer in high school, and homophobia was “stuff I heard routinely.”

And then he couldn’t take it anymore.

During an October 19, 2019 match against St. Joseph’s College – Long Island, a member of the opposing team started walking “aggressively” towards SCL’s goalkeeper during a dispute about a possible foul. Bethell put himself between the two players.

And Bethell punched him.

“It just happened,” Bethell told Outsports. “I turned around and punched him. After that I kind of blacked out, like a flight-or-fight response.”

“I remember watching him go down and landing on top of him. My keeper jumped on my back because the other team’s bench was coming.”

The punch turned into a brawl, and Bethell said that his hair was pulled and he got scratched up.

The Skyline Conference, which handles Division III athletics in the New York area, reviewed video of the incident and came to the conclusion that the other team’s player probably used the slur. He was given a one-game suspension, and so were several of the other players involved in the fight.

Bethell, on the other hand, got a three-game suspension. There were only two games left in the season, so he’ll have to sit the first game of next season out.

This isn’t the first time he has heard that word on the field. He said one of his teammates, who is not gay, was called that word earlier in the year.

A complaint was made with the Skyline Conference, which said that it addressed the incident with the other team.

But SLC Athletic Director Kristin Maile said that not enough is being done to educate players about homophobia instead of just reacting to incidents that occur during games.

“You don’t just choose words like that randomly,” she said. “That kind of language is probably also happening at practice.”

Bethell said that he heard that word a lot in sports when he was growing up.

“There’s such a focus on hyper-masculinity” in sports, he said. “When you instill that in young children it’s really unhealthy and unsafe for queer people as a whole.”

Now he’s worried that he’s going to be a target for more harassment over the next three years because of the punching incident.

“I want to play without being seen as the gay soccer player, or that f****t, in another player’s mind.”