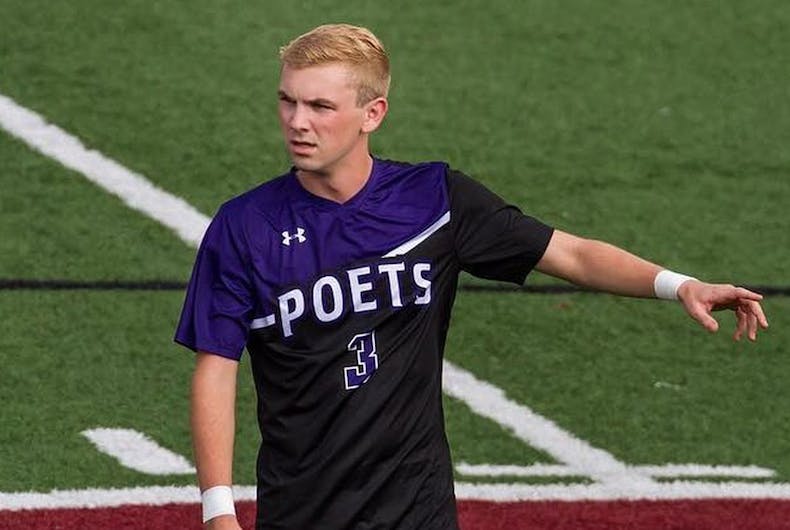 A gay soccer player for Whittier College in Los Angeles has filed a complaint, saying that a spectator from the opposing team called him a faggot.

On September 8, Whittier was playing against Occidental College on their campus.

Whittier junior Sam Johnson said that a group of male students from Occidental were watching the game, but also going through players’ Facebook profiles and harassing them about their personal lives.

Several of the students started calling him “skinny,” and after that one of them called him a faggot.

To the @OxyAthletics fan at @Occidental who called me a “faggot” tonight at my game: I hope you got the satisfaction you were looking for, but just know I represent my institution and the LGBTQ+ community proudly and unapologetically. Your bigotry speaks volumes.

“What bothers me isn’t that the Occidental fans weren’t cheering on their team, but that they were berating my team the entire game,” he added, saying that it was “difficult” to play with so much negativity.

Johnson said that he struggled with what to do in the situation, and that he ultimately decided to file a complaint to prevent another athlete from going through the same thing.

“And if something can be understood so this doesn’t happen to another athlete in our conference that’s what I want,” he said.

Vice-President for Student Affairs & Dean of Students for Occidental College Rob Flot said that the school is taking the complaint seriously.

“I was made aware of the incident in question early this week,” he said. “Since that point we’ve been working to support the individual who alerted us to the alleged incident, and, we’ve also been investigating the allegations. We have been in communication with individuals at Whittier as part of the process.”

Sam, we regret that you had this experience on our grounds — thank you for bringing this to our attention. We want to make clear that this does not reflect the values of Occidental, Occidental Athletics, or the Men's Soccer Team. We will DM you about further steps you can take.

Brett Kavanaugh’s character witness is quite the creepy character