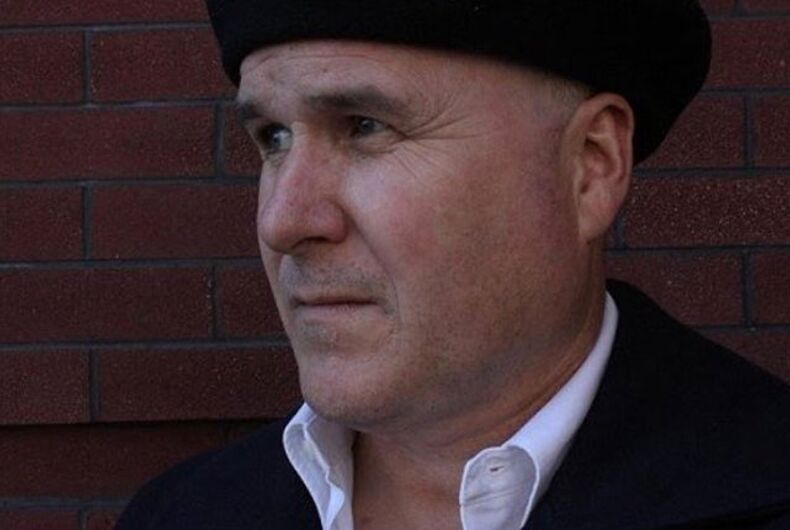 When Dr. Christine Blasey Ford accused Brett Kavanaugh of attempting to rape her when they were in high school, she also noted that there was another person in the room: Kavanaugh’s friend, Mark Judge.

While Judge may not be as well known as Kavanaugh, he is a player in Washington politics as a conservative writer with all the usual opinions–including the anti-LGBTQ ones–that you have come to expect from that particular group.

Judge has been quick to say that he won’t testify to the Senate about the episode. Not that it much matters. Republicans are setting up a session to provide the appearance of a fair hearing so that they can then proceed to approve Kavanaugh as they originally intended.

But putting Judge before the Senate Judiciary Committee would not be doing Kavanaugh any favors.

In the #MeToo era, Judge comes across as the epitome of the entitled straight man who can’t get his mind out of the gutter. He liked to post pictures of young women in sexualized poses on social media.

He also seems to be a case of arrested development, never having left his high school years behind him. Just last month, he wrote a short story about a beach party in the 1980s the featured a “T&A party” from girls at a nearby private school.

Indeed, Judge wrote a memoir about his time Georgetown Prep (given a pseudonym, presumably to protect its reputation), in which he describes drinking so much that he regularly blacked out. But Judge also revelled in the kind of antics that even he, in retrospect, might characterize as juvenile deliquency that he laments has been killed as a result of social media.

A feminist, Judge is not. The quote accompanying his high school yearbook photo is “Certain women should be struck regularly, like gongs.” (It’s a Noel Coward quote, but that doesn’t excuse it.) He doesn’t seem to have changed much since then.

As a writer for conservative sites, Judge produces articles with such headlines as “Feminism and Body Language: A Double Standard?” and “Women who Emotionally Abuse Men.”

He chastised President Obama for his “lack of spunk” as demonstrated by Obama’s “abject terror of his wife Michelle.” By contrast, Judge praised President George W. Bush for giving his wife Laura “a loving but firm pat on the backside in public.”

At times, Judge sounds like he could be gay, talking about “the awesome power, the wonderful beauty, of uncontrollable male passion.” Unfortunately, the context for that remark is how a man should assert himself when faced with an “ambiguous middle ground” and a woman “who seems interested and indicates, whether verbally or not, that the man seems to prove himself to her.”

Then there’s the racial stuff. Judge was ridiculed for writing a column in which he declared that his “white guilt had died” because his bicycle was stolen by someone he didn’t see but just knew was black.

Needless to say, Judge isn’t exactly enlightened on LGBTQ issues either. He began one column, “You’re thinking it even if you don’t say it: Are gay people perverts?” After acknowledging that some people think homosexuality is genetic, Judge floats his own opinion.

“[T]he explanation that dare not speak its name, is that along with the genetic or hormonal hardwiring that makes someone gay comes a level of pathological compulsiveness,” Judge wrote. “It’s there waiting to explode the way alcoholism is, and requires a constant struggle to tamp down.”

The article is a compendium of gay stereotypes, all the while arguing for their veracity.

Judge spends the bulk of his time taking gay journalist John Cloud to task, not just for his writing but for his personal life. He calls Cloud, who has since died, “dangerously promiscuous” based on Cloud’s own writing about his experience as a gay man.

Judge says “I don’t care” that Cloud attended a sex party at someone’s house, but he then spends hundreds of words proving just the opposite. He says what Cloud witnessed was “sickening” and says that Cloud’s writing subverts his argument in a Time magazine story about gay teens that “the notion of gay men as promiscuous and reckless is a dangerous stereotype.”

The idea of gays being “dangerously promiscuous” appears elsewhere in Judge’s writings, such as this defense of Duck Dynasty patriarch Phil Robertson.

Judge has written about gay priests, harkening back (yet again) to his glory days at Georgetown Prep about which he has written not one, but two books. In the second, he wrote that “homosexuality in the clergy” was “rampant.”

Judge has taken the conservative Catholic perspective that homosexuality is the root cause of the Church’s pedophilia scandals. Any reporting that suggests otherwise is just wrong, in his opinion.

“In the 1960s and 1970s, the Catholic Church was overrun with far too many gay men, many of whom were given positions where they were around too many boys and young men,” Judge wrote just last month.

“I’ve reported on the gay Catholic mafia for over 10 years. I am sick of the continuing misdirection. It was mostly boys and young men, who suffered at the hands of homosexuals.”

You can’t judge Kavanaugh by the company he kept in high school. (His actions then are another matter.)

But you have to wonder. Judge and Kavanaugh were close friends back then. They were taught the same things and ran in the same circles, with all the attendant reinforcement that goes with it. Considering what Judge’s views are now, how different are Kavanaugh’s?

Apparently, we’ll have to wait until he’s on the Supreme Court to find out.

Meet the woman who quietly made sure Democrats became LGBTQ friendly