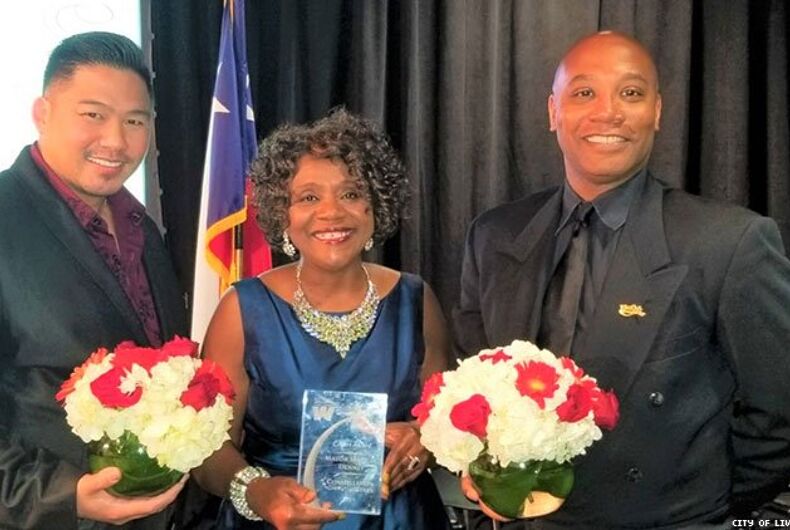 A Texas gay couple passed within hours of each other after contracting the novel coronavirus COVID-19. Both men died in the hospital a few rooms away from each other.

Tony Brooks Tsai, a city-councilor in the San Antonio area, and Phillip Tsai Brooks, a hair salon owner, lived with Phillip’s mother. She is also infected and quarantined at home.

“They traveled the world, they took my mom everywhere. To see them, to see one or the other leave, it would’ve been devastating for them,” Phillip’s family told local news.

Phillip, who worked at the San Antonio Military Medical Center, was the first to seek treatment. He was given medication and sent home to quarantine, but had to be rushed to the hospital days later and was put on a ventilator.

Tony had also been sick, but didn’t want to go to the emergency room. He was found unresponsive in their home by his mother-in-law and rushed to the hospital.

Phillip’s condition improved enough that he was taken off the ventilator and had started talking to medical staff when he had a sudden heart attack and passed. Within hours, Tony died as well.

“It’s very hard, we had to arrange my other brother who lives in San Antonio to stand outside the house while we tell her the news and that’s the heartbreaking side. We can’t go in, my brothers can’t go in and comfort her she standing in the doorway crying and we’re here in California,” one of Tsai’s brothers said.

“In our family, it was three people that got contracted COVID-19, out of those three, two died,” he said. “You can look at the end of the day, there are two family members we will miss and will never get back. It’s not worth going out socializing and having that chance risking the chance of getting it.”

The men will be buried together. A GoFundMe has been created to help pay for their funeral expenses.

A message from Mayor Mary M. Dennis: It is with a heavy heart and deep sadness that Live Oak City Council,…