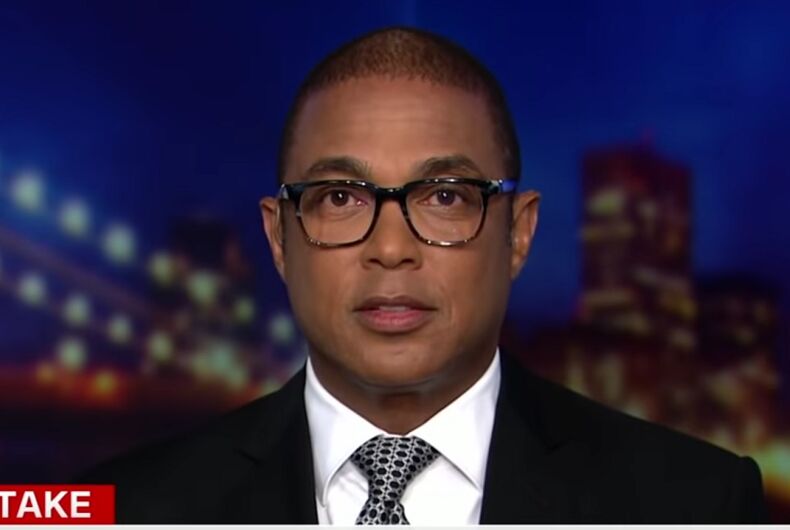 Trump’s briefings are notorious for the president’s attacks on the media and Democrats, attempts to escape responsibility, and his fake claim that a malaria drug he has a financial stake in can cure COVID-19. But yesterday’s briefing took it to a whole new level.

While the briefings should be an opportunity for the nation’s leading scientists to detail the state of the plague and Trump to reassure the American people, Trump took a decidedly different approach.

He played a campaign video. And when CBS White House reporter Paula Reid called him out on it, Trump got irate and ugly.

“I lost a very good friend this weekend. I wanted to hear from the president how he is going to stop that from happening,” Lemon said. “Instead, I got a campaign video. What do I need a campaign video for?”

“I want to know how you’re going to stop my loved ones from dying. I don’t need a campaign video, Mr. President,” he continued. “How are you going to keep friends and loved ones from dying? It is crystal clear from what happened today what the president’s top priority is, defending himself rather than focusing on the health and well-being of the American people.”

I just saw yesterdays #TrumpPressConf re: #Covid_19. and…. WHOA.
If anyone has any sense in their head, they will stay under #ShelterInPlace orders until a grown up is at the wheel of this speedball nightmare.
This briefing is the first time I've been honest to God scared 🇺🇸😢 https://t.co/V91zKZ73s5

Teen was bullied so badly he got a concussion & attempted suicide. Now his mom is suing the school.

The religious right has a new coronavirus concern: people are touching their no-no parts