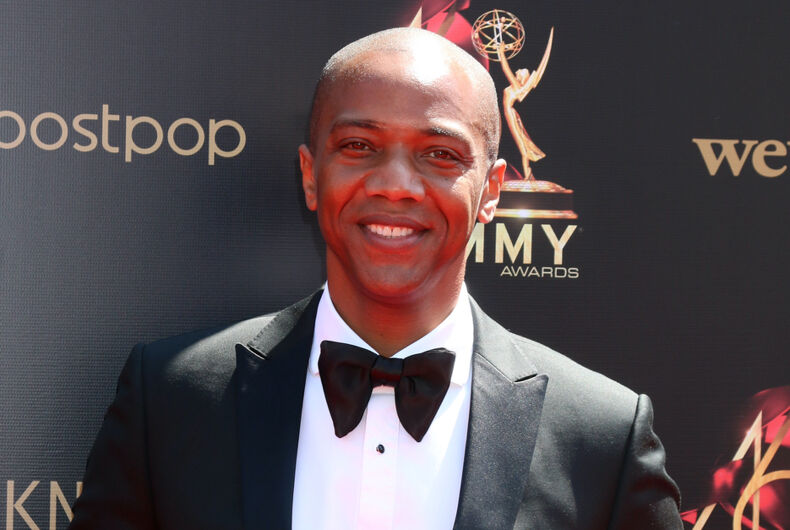 Actor J. August Richards came out during an Instagram Live interview about his new show. Richards, who played the recurring character Charles Gunn in the Buffy spinoff Angel, has a starring role as Dr. Oliver Post in the new NBC drama Council of Dads, where he plays a married gay dad.

He said he couldn’t portray the character “honestly” without being public about his sexual orientation.

In an interview about the show with Michele Weaver, Richards fielded a question about the historic nature of his character. Dr. Post is married to black gay professional and they are raising a daughter together.

Frequently, black gay characters are partnered with white characters or if both men are black, only one will be a professional.

“Do you feel, whether it’s pressure or responsibility or something additional because of how unique Oliver is to television?” Weaver asked him during the interview.

“Absolutely,” Richards responded. “I would say pressure and responsibility.”

“I knew how I was affected by the people of color that I saw on television – or didn’t see on television,” he said. “So this being a married gay man with a family… you know, you have an opportunity to put an image into millions of homes. I wanted that image to be honest and I wanted it to be correct, you know?”

“I knew that I could not portray this gay man honestly without letting you all know that I am a gay man myself.”

“I knew that I could not portray this gay man honestly without letting you all know that I am a gay man myself.”

A Republican compared coronavirus measures to Nazis. His gay, Jewish governor wasn’t having it.

What can the Black Plague teach us about America’s reaction to the COVID-19 crisis?