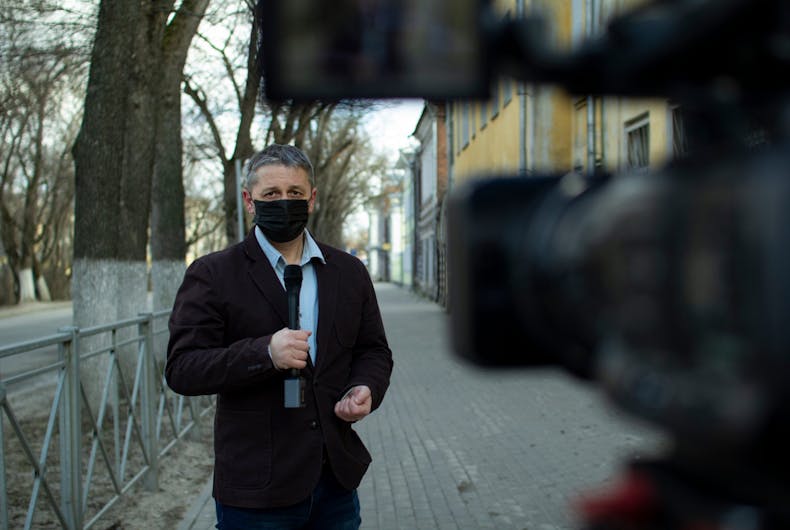 Before you read any further, let me admit that I have no health expertise.  But these days “expert-schmexpert,” right? I’m just your typical singing drag queen/ex-lawyer/former executive director of the Gay and Lesbian Medical Association.

And while I lack the years of rigorous public health training and medical savvy of Jared Kushner or the Mr. Pillow guy, I do feel I have some important health questions that the mainstream media should ask at President Trump’s next coronavirus task force “briefing.”

1) Why, in light of CDC recommendations that all Americans wear face masks, is President Trump refusing to wear a mask? Has he not seen his actual face?

2) Some criticized Trump for being a bad role model for not practicing social distancing at his White House briefings.  On the other hand, shouldn’t he get credit for spending hours every day thoroughly washing his hands of responsibility?

3) At a recent White House Coronavirus Task Force briefing, President Trump conveyed his most important public health message: “I’m number one on Facebook.” Is this true?  Doesn’t he smell a lot more like “number two” to you?

4) Speaking of which, one symptom of COVID-19 is the loss of smell, does this explain why so many Americans can’t tell that there’s a huge shit in the White House?

5) We know the White House is hoarding ventilators. Are they also hoarding toilet paper, or have they refrained given the fact that Trump clearly has no shits to give?

6) When we finally analyze what went wrong here, shouldn’t we blame Obama for failing to develop a test for a virus that didn’t exist yet and which Trump would have thrown away had Obama developed it?

8) Some of the President’s staunchest fundamentalist Christian supporters insist that God wants churches open during the pandemic. But AIDS was still God’s revenge upon gay men for their irresponsible behavior, right?

9) When Trump said “America First,” did he mean first in the world in the number of COVID-19 deaths?  Is this why he said we’d be tired of winning?

10) Is there anyone left on Fifth Avenue for Trump to shoot?

11) If grandparents need to sacrifice themselves to save the economy for their grandkids, should Grandpa Trump volunteer first?

12) When telling Trump to go fuck himself, should we recommend a condom?

13) President Trump criticizes the press for not congratulating him at White House briefings. Has he heard there’s a new drinking game in which people watch the briefings and drink a shot whenever he tells the truth? Is this the President’s attempt to encourage sobriety? If so, congratulations!