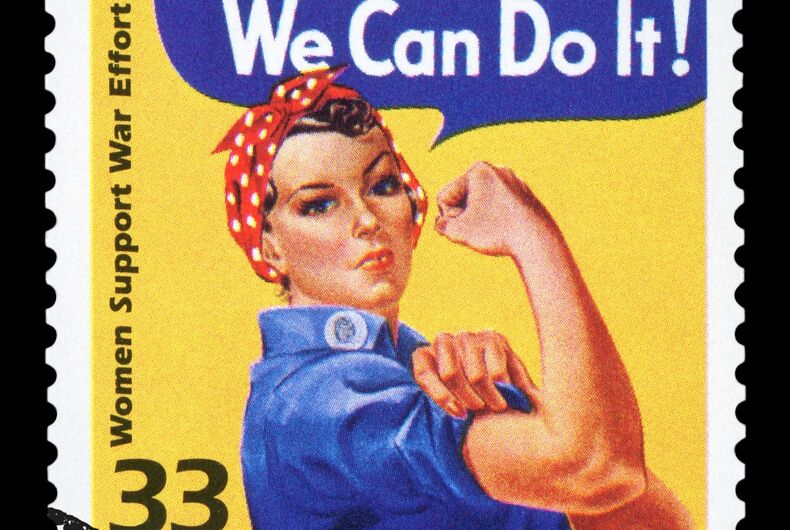 During impending national security disasters prior to and throughout World War II, for example, which jeopardized the very existence of nations, the Allied powers mobilized to defeat the Nazi-Fascist menace.

While unimaginable horrors occurred, the British government assembled its leading mathematicians and cryptologists for the purpose of breaking the Nazi secret code.

Related: Togetherness will get us through the coronavirus pandemic

The group was directed by a brilliant young gay man, Alan Turing, who was a pioneering computer scientist. He was a mathematician, logician, and cryptanalyst who worked during World War II at England’s Government Code and Cypher School at Bletchley Park, and he succeeded with his team of scientists and linguists in cracking the “Enigma code” used by the Nazi command to conduct covert communications operations.

Prime Minister Winston Churchill singled out Turning as the person whose work contributed the most to defeating the Germans. Due largely to Turing, today we have computers.

On the socioeconomic and political scales, the war had the effect of relaxing, at least for a time, rigid gender and racial mandates. As more men left their jobs to enter the military, government and industry needed to fill vacancies with women who remained at home. Many of these women, and particularly women of color, for the first time in their lives accumulated a degree of economic independence.

The iconic symbol of this newfound independence and breakdown in gender role subordination was Rosie the Riveter pictured across patriotic industrial recruitment posters throughout the U.S.

The current novel coronavirus pandemic has placed nations throughout the world on a virtual war footing in mobilizing the public to stay as safe as possible, to care for those infected, and to develop cures and preventive vaccines.

Since prior to the present crisis, the U.S. has been woefully unprepared to meet the medical, economic, and social needs of our nation’s hundreds of millions of residents. The advent of the coronavirus exposed large scale inequities throughout the country.

On the medical front, the current pandemic has unmasked the fact that we lack the testing kits, hospital beds, and devices like ventilators. While the rich and famous seem to have access to tests, most people who need to be tested must wait unreasonable amounts of time, if they get tested at all.

For millions of uninsured people, their only means of care are within hospital emergency rooms where they are often further exposed to contracting the virus and other communicable diseases.

For the working poor and unemployed, they often live in cramped and crowded spaces, in group shelters, and on the streets placing them at higher risks for dangerous health conditions.

Not only in the cause of fairness, but also in the service of efficiency, we must look to our peer nations, those liberal democracies that have initiated and successfully maintained government sponsored healthcare system that have limited medical costs while providing higher standards of care for their people free from the profit motive that sustains the private insurance industry.

While many of our peer nations were unprepared for the vast scale of the pandemic, they have in place a system that offers care more equitably and efficiently and at lower costs than the current U.S. system. Hopefully they too will better plan for the next inevitable health pandemic.

Maybe the current crisis will last for many months. Maybe it will be short lived. As a nation, we cannot go back to the status quo from before this unwanted visitor entered our midst.

We do not have to wait for another crisis to come our way for us to respond proactively.

Small government simply for the sake of maintaining some sort of conservative ideological purity stands as folly and is highly dangerous. We must, instead, permit government to step in and do what government has the potential of doing most effectively and efficiently.

What has been seen cannot be unseen, but what has been learned can be forgotten. Now as ever, we must heed George Santayana’s warning: “Those who cannot remember the past are condemned to repeat it.”

As we collectively strive to get through the pandemic, we also must take a hard look at the areas of our socioeconomic and political systems in which government needs to carry an enhanced role.

Maybe if more of us challenged the widening and inhumane inequities, where each person understood that we all have a stake in the success of our collective economy, then enough would finally become enough!

History informs our strategies for future change. History is a major foundation to our understanding of who we are and where we need to go, for history guides our future.

As present-day Allies, we must crack the code that led us toward disastrous instability.