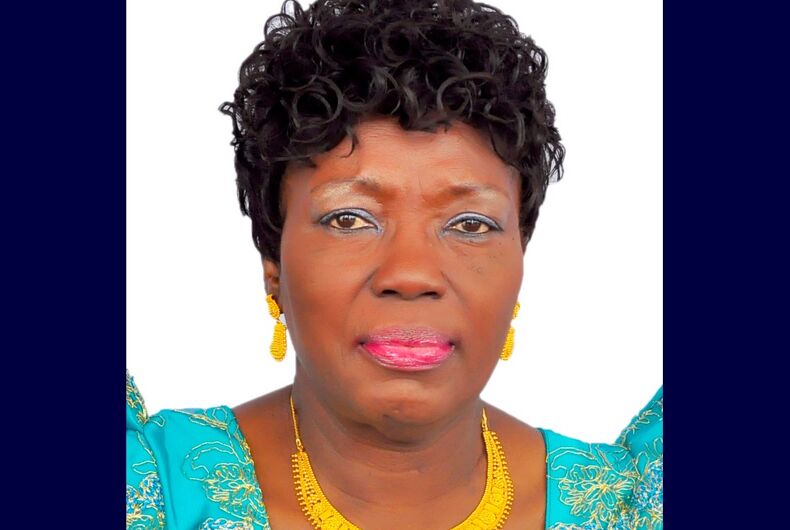 A politician who spent years trying to pass Uganda’s Kill the Gays bill is saying she has acquired the patent to a special treatment for coronavirus. It would appear the “patent” is for soap or hand sanitizer.

While there hasn’t yet been a confirmed case of coronavirus in the east African nation, Speaker of Parliament Rebecca Kadaga said that two inventors donated the patent for a treatment for coronavirus to Uganda.

Kadaga was one of the key politicians behind the Kill the Gays bill. In 2012, she promised to pass the bill by the end of the year “as a Christmas gift” for Ugandans.

On Monday, Kadaga told Parliament and Twitter that American professor “Safraz K. Niaz” and Ugandan businessman Mathias Magoola came up with “a spray and hand-wash” that kills the virus.

I've told Parliament that a spray, which instantly kills the Corona virus, has been discovered & is to be co-produced in Uganda. It goes on the market next week. The American inventor, Prof. Safraz K. Niaz, was here at the weekend & donated the patent, free of charge to Uganda.

It’s hard to tell what exactly is special about this treatment – the Centers for Disease Control and the World Health Organization have already been telling people to wash their hands and use hand sanitizer to kill the virus and prevent it from spreading.

Her statements didn’t make it clear if Niaz and Magoola claim that their treatment cures the virus once a person is already sick, an extraordinary claim considering how difficult it is to cure people of a virus. It would also make one wonder why Niaz and Magoola haven’t shared their secret solution with countries that are currently in the midst of the pandemic or at least tried to sell it to a major pharmaceutical corporation.

“A professor who manufactured a treatment for coronavirus in the U.S. was here last week and has donated the patent to Uganda,” she told Parliament. “And within a fortnight, the treatment will be right here in Uganda.”

Magoola has a previous arrest for fraud, local media reports, but Kadaga had already arranged for Niaz and Magoola to meet Uganda President Yoweri Museveni to pitch their treatment.

People on social media are skeptical.

Speaker Kadaga apparently read some of the mockery online and she was not amused. She said that Niaz has written “5 technical books” and that he was “the brainchild behind ‘Obama Care.'” That claim would probably surprise MIT Professor Jonathan Gruber, who is generally described as the key architect of the Affordable Care Act, also known as Obamacare.

I've had laid on table 5 technical books written by Prof Sarfraz — who is being insulted. He was the brainchild behind 'Obama Care'. My interest is local capacity to produce our own drugs instead of endless importation. The local biochemist, Matthias Magoola, is not a quack. pic.twitter.com/DBGqyh97Rx

A Google search did not find an American professor named “Safraz K. Niaz” but it did turn up “Sarfaraz K. Niazi,” a man born in India with a background in pharmacy, according to his Wikipedia page. The Wikipedia page claims that he is associated with the University of Illinois at Chicago and the University of Houston, although a search of both those schools’ websites for his name did not produce any results. Many of the links on the Wikipedia page are dead, do not mention him by name, or go to disreputable websites.

The Spring 2015 alumni magazine produced by the University of Illinois at Chicago College of Pharmacy profiled him and said that he graduated from the school in 1970. It did not mention any connection to Obamacare, an odd omission if one of their alumni actually did work with the U.S. president to develop one of the best-known laws in recent U.S. history.

In 2014, Kadaga told a church that gay people are trying to adopt children to “train them on gay practices.”

“By the time [the children] come back home, they are already influenced by homosexuality and are used to influence others in the community,” she said.