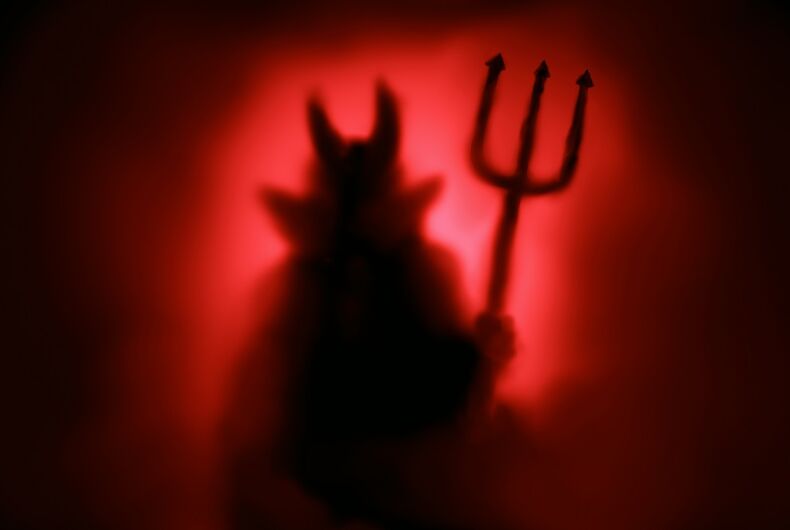 In a surprising development that shocked his supporters, the Prince of Darkness today announced his resignation, effective immediately.

“I can’t keep up with Donald Trump” Mephistopheles complained.

According to an insider close to both sides, negotiations were tough, but the devil finally agreed to let Trump own and star on The Apprentice – Hades.

“Whoever has a controlling interest in that owns Hell,” the insider explained, adding, “I don’t really care, do you?”

Asked when the series will begin, Satan was definitive. “Given Donald’s health, filming will begin ASAP,” he said.

When questioned further about his own role in the series, the Anti-Christ was uncharacteristically modest: “I’ll just be a mere contestant. We’re expecting an all-star cast: Rush Limbaugh, most of the leadership of Iran.”

“The competition will be fierce! But with Trump running the show, it’s well worth it to be a contestant,” he noted. “I’d sell my soul to Trump for the chance to learn from the best.”

Looking back on his accomplishments, the King of Hell was nostalgic: “It’s been a good few millennia,” he noted. “War, pestilence, bigotry, Lindsey Graham. I’m proud of my record.”

“I certainly never expected to be replaced. Still, it’s important to recognize superior talent when it comes along.”

For his many fans, the Prince of Darkness pledged he wouldn’t disappear entirely. “You can still catch me on reruns of I Love Lucifer, or live 24/7 on Fox News.”

“I guess Trump is my own damned fault,” confessed Beelzebub. “I knew I should’ve used a condom when I f**ked his Mom.”

This Ohio magistrate came out as trans at work. Now she’s getting community support to be a judge.