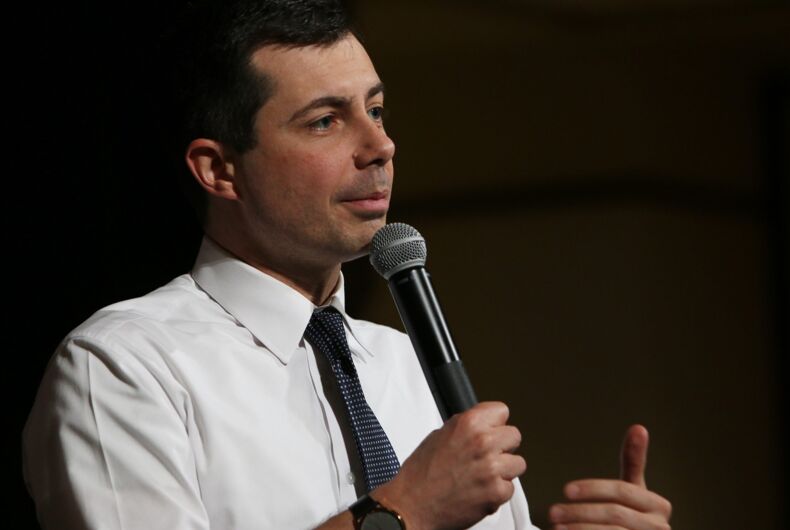 Mayor Pete Buttigieg, the first out Democratic presidential candidate, has dropped out of the race. Despite winning the Iowa caucuses and placing high in New Hampshire and Nevada, his overwhelming loss in South Carolina abruptly ended his campaign.

Buttigieg, a moderate, has struggled with former Vice President Joe Biden and Sen. Amy Klobuchar (D-MN) to become the centrist alternative to Sen. Bernie Sanders (I-VT). Sanders has consistently placed high in all of the primary and caucus states so far. The Senator won in Nevada.

The decision to end the campaign comes shortly before Super Tuesday and after Biden won a stunning victory in South Carolina. Buttigieg had struggled to gain the support of black voters, who went overwhelmingly for Biden.

Buttigieg reportedly sought the advice of former President Jimmy Carter before making his decision. President Carter has previously said he voted for Sanders in the 2016 primary election.

Buttigieg’s strategy was to score early victories that would position him as the candidate to pick up the moderate torch from Biden when the former vice president faded. And it worked – while Biden was fading. Now, he’s back, and Sanders has proven a formidable candidate who has his own claim to momentum.

He was not expected to win any states on Super Tuesday.

This story will be updated after Buttigieg gives remarks this evening.