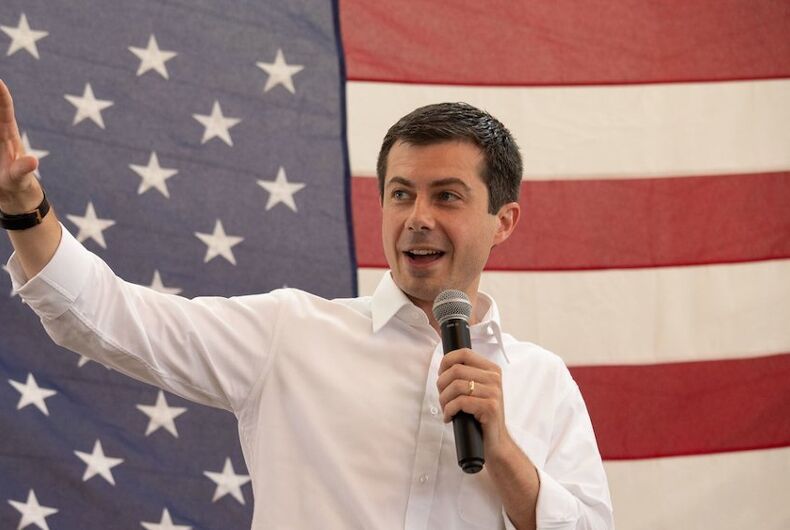 Without presidential candidate Pete Buttigieg dropping out of the Democratic primary, the election returned to the sad normalcy of a bunch of white cisgender candidates. But LGBTQ people around the nation saluted Mayor Pete’s history-making campaign on social media with the hashtag #ThankYouPete.

While some groups of self-described queers took umbrage that the candidate wasn’t “gay enough” or decried his centrist and pragmatic positions, most saw it for what it was – a huge leap forward in LGBTQ rights that can only lead to further inclusion in the political process for the community.

With tributes pouring in, rounding up the best is difficult, but these tweets give you the flavor of the heartfelt emotion on display last night. Whether the tweets came from celebrities or teenagers, rural queer folks or big city liberals, the message remained the same. Thank you, Pete.

Thank you for inviting me into your homes, sharing your stories, and putting your trust in me. We launched our campaign because Americans are hungry for a new kind of politics that brings us together.

And together we'll beat this president and build the era that must come next. pic.twitter.com/QDajvx1lpL

You made me feel like what I did would make a change.

You literally saved my life.#ThankYouPete

Mayor Pete showed a whole generation of LGBTQ Americans that anything is possible. #thankyoupete

Thank you, @PeteButtigieg. You inspired a new generation to public service – many of whom would never have thought it possible. You took a risk, broke new ground, and gave so many a reason to believe we are still a nation that values progress. — TB#ThankYouPete

I have no words right now. I’ll keep it simple.#ThankYouPete pic.twitter.com/JykmYhnroW

As someone who’s dealt with fewer opportunities in my chosen industry for being openly gay years before that was welcome, I’m grateful to @PeteButtigieg & @Chas10Buttigieg for ignoring the odds & assumptions & creating a path for LGBTQ in politics that simply did not exist. 🙏🌈

well this sucks! i guess it just reinforces the fact that @PeteButtigieg was in this race to make a difference, not to boost his ego. #ThankYouPete for inspiring me to use my voice, and thank you #TeamPete for all the love and JOY you’ve given me during this ride. I LOVE YOU ❤️

Am I sad? Yes. But mostly I'm just so incredibly proud. #ThankYouPete pic.twitter.com/i4Fch8KVkq