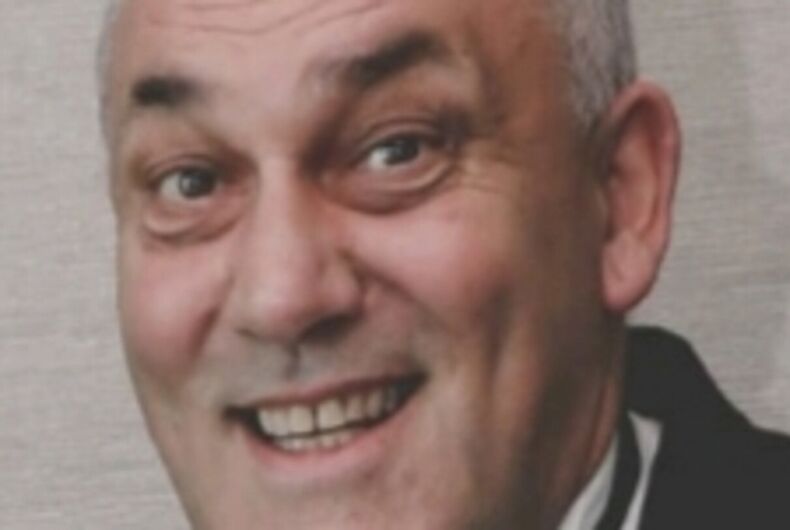 Australian HIV activist Chris Polden died a hero. A victim of a mass stabbing attack, he called emergency services and described the attacker before collapsing. Polden died shortly after making it to the hospital.

Police shot and killed Mohammed Ibrahim, who had already murdered one woman and stabbed two others, after finding him using Polden’s information.

Related: LGBTQ heroes don’t need to be perfect (or even perfectly respectable)

“He made the call because obviously he is worried about the community more than himself. He is worried about what else this guy is going to do,” Chief Commissioner Graham Ashton said. “I think it’s a tremendously brave act.”

Polden was an early board member of AIDS Housing Action Group and “an activist and supporter of the HIV positive community right up to his untimely death,” according to Simon Ruth, the CEO of Thorne Harbour Health.

“Chris Polden died a hero. Even after being mortally wounded he used his dying moments to phone the police to warn them of his attacker,” Ruth posted on Facebook. “The selflessness and concern that Chris showed as he lay dying was characteristic of the man who was an active member of his community, contributing to the health and well-being of others.”

“In a community that can sometimes be divisive, Chris was well respected and liked by his peers. Chris was such a brilliant example of those in our community who regularly contribute above and beyond expectations. It is clear by the events of that fateful night that he bravely and heroically considered the needs of others instead of his own.”

Still, the brave activist’s dying moment wasn’t atypical. Polden’s sister called him her “hero, protector and buffer against the world.”

Ibrahim was reportedly mentally ill. He had previously attacked a police officer and two women before killing Polden. One of the women died and the other is in critical condition at a local hospital.

Tulsi Gabbard drops out of the primary & endorses Joe Biden