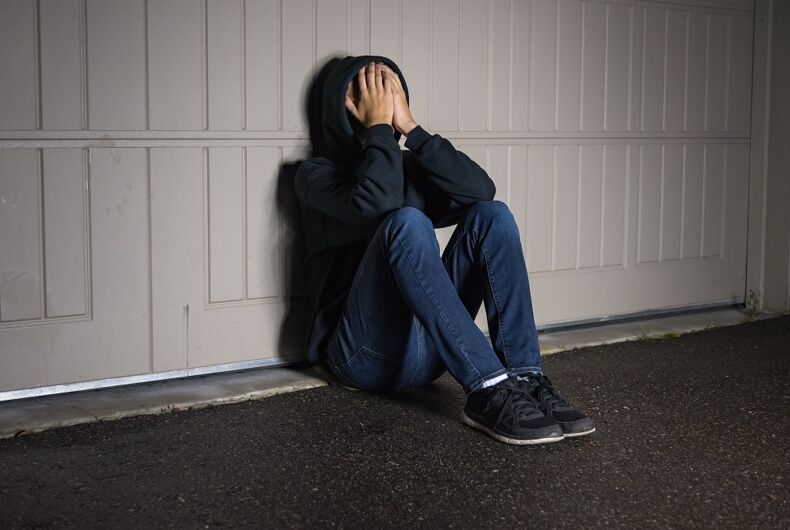 Gay, bisexual, and questioning teens are more likely to face abuse from their parents and romantic partners, according to a research paper published this month in JAMA Pediatrics.

Researchers looked at data collected by the Centers for Disease Control (CDC) from surveys of 29,000 14 to 18-year-old teens conducted from 2015 to 2017 and found a “striking” difference in the rate at which LGB teens are the victims of abuse compared to straight teens.

Over one in 10 LGB teens reported being the victim of romantic partner violence in the previous year, and over one in five said that they had been sexually assaulted.

Theodore Caputi, who works with the Health Equity Research Lab at Harvard Medical School and the lead author of the study, said that the violence constituted a “public health crisis.”

“Unfortunately, physical and sexual violence are commonplace in the daily lives of lesbian, gay, bisexual, and questioning adolescents,” he told US News & World Report.

He said that parents and adults who work with children have a responsibility to fight anti-LGBTQ bullying and hate speech.

“All adults have a role to play in fostering accepting and safe environments for LGBQ children,” he said.

In the study, 87% of participants said that they are straight, 2% said they’re gay or lesbian, 7% said they’re bi, and 4% said they weren’t sure. Everyone who did not say they were straight were counted together as LGBQ.

“All adults have a role to play in fostering accepting and safe environments for LGBQ children,” he said, calling on teachers, parents and physicians to condemn hate speech and promote acceptance of LGBQ youth.

If you’re transgender, the joke in this scene is on you