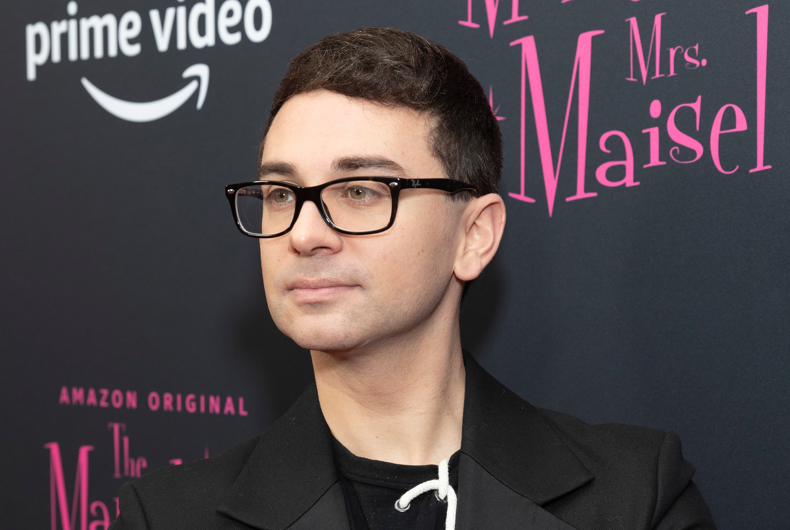 When New York Governor Andrew Cuomo put out a call for medical personal protective equipment (PPE) – which includes masks, gloves, and ventilators – an unexpected celebrity rose to the ocassion.

Fashion designer Christian Siriano offered his skills and sewing team to create a “few versions of this [mask] in order to help as many people as we can…so we can get a perfect fit.” It only took 4 tweets between 6 hours before Siriano offered his services, Cuomo answered, Siriano got to work and has started packaging prototypes.

The Project Runway alum is taking a break from designing extravagant gowns for the likes of Ariana Grande and Billy Porter to offer his “full sewing team” that’s “still on staff working from home” at the state of New York’s behest.

Governor Cuomo responded directly via Twitter, and just like that, one of fashion’s most prominent creators has teamed up with the Empire State.

Thank you. Please follow back and we will DM you.

“I am just in a unique scenario where I manufacture everything in New York already, I have a working atelier and everyone’s working from home, and my office is a townhouse…we’re just able to make them,” he said in an interview last night.

The news that Siriano was contributing his abilities and staff to help address the needs of medical professionals spread like wildfire, earning him praise from the likes of New York City Council Speaker Corey Johnson, entertainer Billy Eichner, and dozens of designers and garment workers – many of whom also want to offer their talents. Governor Cuomo asks, “who’s next?”

Cuomo’s spokesperson Rich Azzopardi told BuzzFeed News that they’re still “working out details [with Siriano],” but that he’s on board and “it’s all hands on deck.”

We're in contact with @CSiriano. Appreciate his help so much.

Who else can help?

Siriano is tasked with creating N95 respirator masks, which were already in high demand due to the worldwide coronavirus pandemic – but there are estimates that nearly a billion of such masks will be needed over the next 6 months.

The CDC explains that N95 masks “reduce wearer’s exposure to particles and large droplets” by 95%, and they are very different from surgical masks, which do not protect the wearer from airborne pathogens and must be disposed of after each personal encounter.

Still, Siriano is up to contribute as much as he can. “We’re just working on logistics now; who will get them first, how many we can physically make,” he explains. “Hopefully, we can make a thousand in a few days. That’s the goal.”

We will be making a few versions of this in order to help as many people as we can. Here is the process so we can get a perfect fit. More to come thank you everyone we hope to get these to the right people ASAP pic.twitter.com/Pow7H4D0xT

Prototypes are happening more updates by next week. pic.twitter.com/xBPqFtiX0E

With 11 million people in the state of New York’s immediate medical purview, all of Siriano’s (or Cuomo’s) work won’t happen overnight, but his willingness to spring into action is beyond commendable. We could only wish that Siriano will find time to design and produce extra medical gowns, too – those are personal protective equipment in shortage as well.

He also encourages others in the fashion industry to get involved, noting that many have garment workers available to work from home or in similar arrangements to his. “If everybody can work from home, I think we all could really churn out a lot.”

He adds, “They will not be pretty. They are not fashionable in any way. It’s really just a basic white mask that hopefully will help. That’s it.”

Coronavirus is drowning Trump’s re-election chances. Is he about to sink?