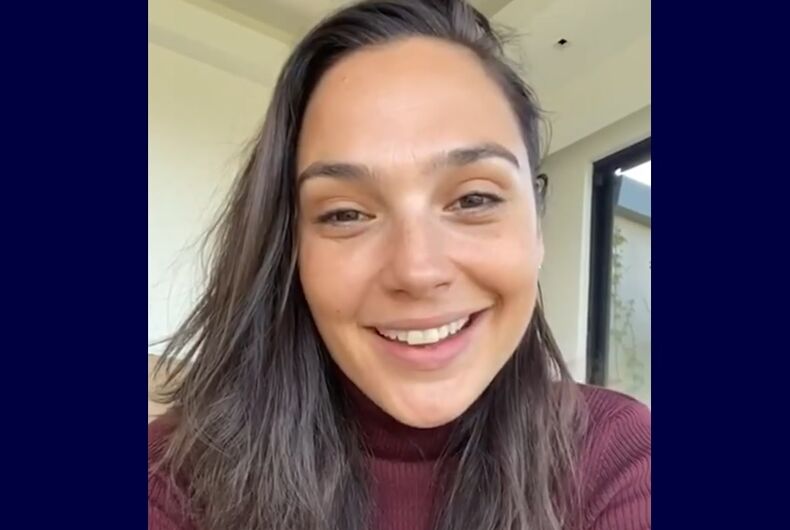 After already spending six days in self-isolation, the Israeli actress said, “These past few days got me feeling a bit philosophical.”

“You know, this virus has affected the entire world, everyone — doesn’t matter who you are, where you are from, we are all in this together,” she said.

Gadot said she was inspired by a video she saw of a man in Italy playing John Lennon’s “Imagine” for his neighbors while in isolation. “There was something so powerful and pure about this video,” she said.

So she gathered over a dozen of her celebrity friends to sing “Imagine” from their own self-isolations, including Lynda Carter, who played Wonder Woman in the 1970’s television series.

Model Cara Delevingne and her girlfriend actress Ashley Benson – best known for her portrayal of Hanna Marin in ABC’s Pretty Little Liars – appeared in the video too. The couple is in self-isolation in Los Angeles, and they were recently spotted taking a walk together to get a break from being home all day.

The video of the Italian man playing the trumpet Gadot referred to is below.

Tulsi Gabbard drops out of the primary & endorses Joe Biden

Marriage equality is responsible for coronavirus according to Christian pastor