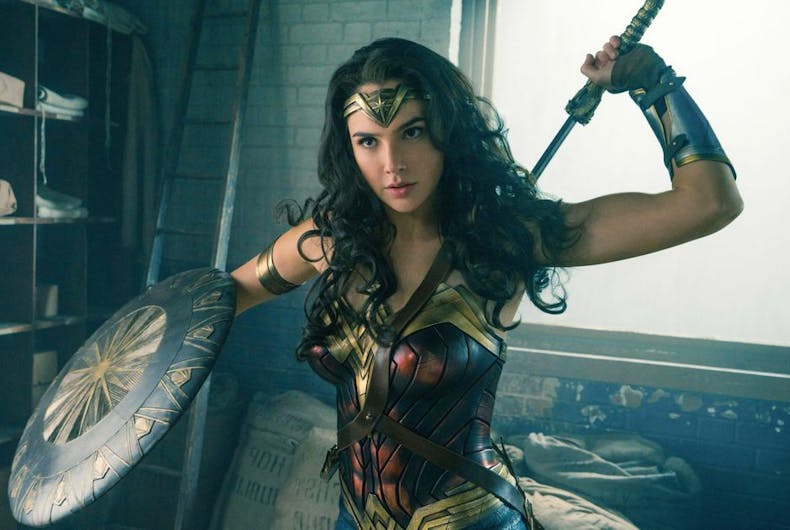 Gal Gadot tweeted approval of a boy who wants to wear a Wonder Woman backpack to school.

Gadot, who starred as Wonder Woman in the 2017 film, was referring to an article on Romper where a mother describes her worries as she sends her 5-year-old to school with a Wonder Woman backpack.

“Such an important topic and something I believe in so strongly,” Gadot tweeted. “I hope Isaac wore the crown and his WW backpack proudly to school.”

Just read this article about breaking gender stereotypes by Katie Alicea. Such an important topic and something I believe in so strongly. I hope Issac wore the crown and his WW backpack proudly to school. 🙅🏻‍♀️#WonderBoy pic.twitter.com/sCbfprbG5y

Katie Alicea’s article was about her son Isaac. Their family recently moved to Florida, and school is approaching.

Katie took Isaac shopping for a backpack, and he picked a Wonder Woman backpack, complete with a crown.

I’ll be honest, my first response to him was, “Are you sure?” Without skipping a beat, he replied, “Yes, I looked at all of them and I love superheroes the MOST and this Wonder Woman backpack is my favorite! It has a CROWN, Mom! IT’S PERFECT!” As he held it in his hands and ran his fingers over the golden sequined Wonder Woman emblem, I saw the look of utter joy on his face. I smiled, told him I loved it too, and we put it in the shopping cart.

Katie admitted to being worried for Isaac, worried that the other kids will make fun of him at school for liking a female superhero.

She wrote that she’s trying to keep from worrying in front of him, though, because she doesn’t want to dampen his spirits.

The truth is, if I start to worry about what the world thinks, Isaac will start to worry too and I don’t want that. Isaac is a world-changer and I can’t wait to see what the future holds for the coolest kid I know.

Getting a nod from Wonder Woman herself will surely help.

Pence said the president should resign for lying about adultery. Just not this one.