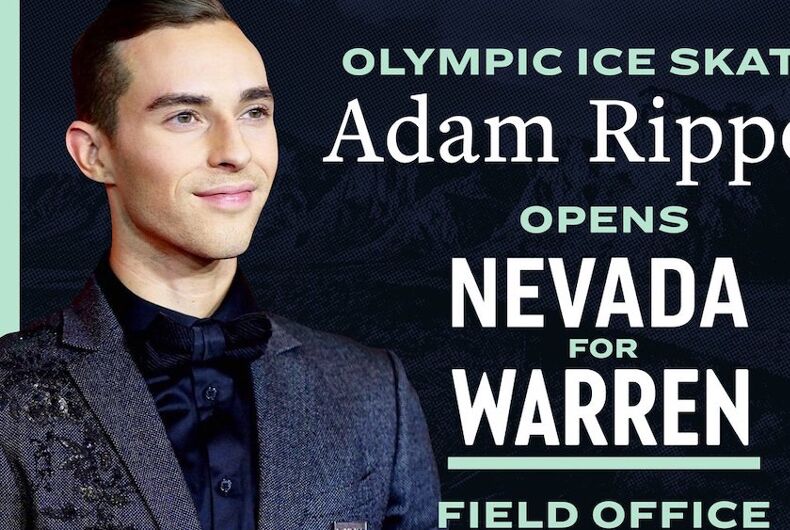 One of the more baroque elements of political campaigns is the issue of endorsements. Support from prominent individuals in their field is meant to convey a sense of both inevitability and reassurance. Folks that you respect are lining up behind this person, so you should too.

That idea is particularly pronounced among the Democratic presidential candidates, especially when it comes to LGBTQ endorsements. All the major candidates are tripping over themselves to make it clear that they really, really like us, and here are the people who can prove it.

All in all, pretty impressive. But does it really matter?

When it comes to celebrity endorsements, probably not. Celebrities can excite campaign volunteers, and they can help draw crowds. Whether activists make much of a difference is also probably debatable.

Actually convincing undecided voters to back their candidate is a different question. Most people say it doesn’t matter.  A 2019 poll found that nearly two-thirds of those asked said that celebrity endorsements would have no bearing on how they vote. What counts more are endorsements from elected officials, unions and political groups. In short, the people and organizations that can deliver voters and spend money.

FiveThirtyEight, the website founded by gay data geek Nate Silver, is tracking what it calls the “endorsement primary,” to which candidates party elites are throwing their support. By that standard, Biden is way out in front, with 245 points based on the site’s elaborate weighting system. His closest competition is Elizabeth Warren, with 85 points.

While Sanders is struggling with the party elite, he’s doing well with another crucial constituency: labor unions. Sanders has racked up about a dozen endorsements from unions. Even in their weakened state, unions are still able to deliver on votes, which is what really matters.

Even with powerhouse endorsements, a campaign can still fail. Kamala Harris had strong backing from members of the Congressional Black Caucus and Hollywood elite, but she didn’t even make it to the Iowa caucuses. Beto O’Rourke even had Beyoncé in his corner, but his campaign didn’t even survive into 2020.

What’s most noteworthy about the LGBTQ endorsers is the scramble to get them, not the influence they have. It’s another sign that the Democrats see the community as a core constituent group. What all the candidates are hoping for is that the endorsements are a marker, a sign, if not a contributor, to a high turnout. With voters about to go to the polls, we’ll see if that’s realistic or not.

The most forgotten trans movie from fifty years ago